Status of places of worship should not be changed, will lead to conflict: Congress on Gyanvapi Masjid 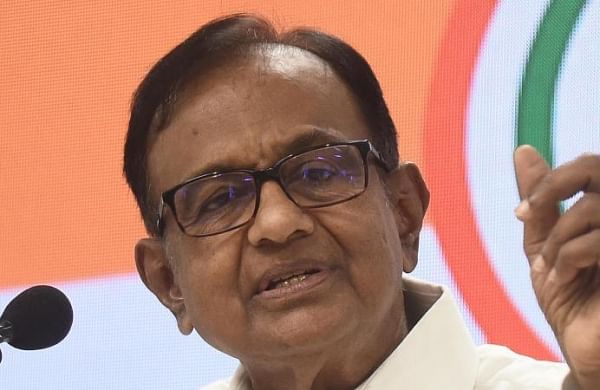 UDAIPUR: No attempt should be made to change the status of any place of worship as it would lead to huge conflict, senior Congress leader P Chidambaram said on Saturday.

It is to avoid such conflict that the Narasimha Rao government had passed the Places of Worship Act, he added.

His remarks came a day after the Supreme Court refused to stay the inspection of the Kashi Vishwanath temple-Gyanvapi mosque complex in Varanasi.

Chidambaram said the Places of Worship Act was passed after deep consideration and the only exception in that act was to the Ram Janmabhoomi.

“We believe that all other places of worship should remain in the status they are and they were. We should not make an attempt to change the status of any place of worship, that will only lead to huge conflict and it is to avoid such conflict that the Narasimha Rao government passed the Places of Worship act,” he told reporters.

The top court has agreed to consider listing the plea of a Muslim party against the survey of the Gyanvapi premises.

A bench comprising Chief Justice N V Ramana and Justices J K Maheswari and Hima Kohli was told by senior advocate Huzefa Ahmadi, appearing for the Muslim side in the Gyanvapi mosque case, that the plea has been filed against the survey being conducted at the Varanasi site.

“We have filed in relation to a survey which has been directed to be conducted in relation to the Varanasi property. This (Gyanvapi) has been a mosque since time immemorial and this is clearly interdicted by the Places of Worship Act,” Ahmadi said on Friday.

He said the direction to conduct a survey has been passed and an order of status quo be passed at the moment Varanasi’s fast track court headed by a civil judge (senior division) had on April 8, 2021 directed the Archaeological Survey of India to conduct a survey of the Kashi Vishwanath Temple-Gyanvapi Mosque complex and ascertain if a temple was demolished to build the mosque that stands adjacent to the temple.

The Allahabad High Court, however, stayed the Varanasi court’s order on petitions by Anjuman Intazamia Masjid and the Sunni Central Waqf Board.