States like Maharashtra should reduce taxes on fuel to give relief to people, says Union Minister Dharmendra Pradhan 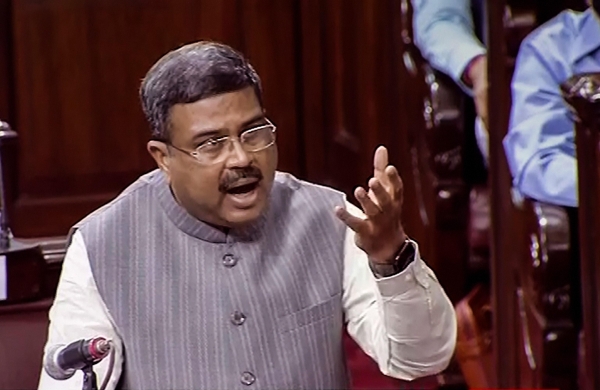 NEW DELHI: Petroleum Minister Dharmendra Pradhan on Wednesday said states like Maharashtra should reduce taxes on fuel to give relief to consumers and remained non-committal on cutting central taxes.

“I don’t want to do politics. In Maharashtra, especially Mumbai where they do politics and in that city state taxes are maximum. If they reduce taxes, definitely will give relief to Mumbai people,” he said during Question Hour in the Rajya Sabha.

The Union Finance Minister has already clearly stated why the Centre was not reducing taxes on fuel, he added.

Pradhan was responding to Shiv Sena leader Anil Desai’s query why the government was increasing percentage of ethanol blending and not taking immediate steps like decreasing taxes on fuel.

On ethanol blending, the minister said the scheme was launched during the tenure of Atal Bihari Vajpayee but later it was kept aside.

Now, the current government is giving priority to this programme.

Earlier, ethanol blending target was 20 per cent till 2030, but later the target year was revised to 2025.

“For this, distillery and storage facilities need to be enhanced. We are working on this now,” he added.

Responding to a query if the government plans to revisit Sustainable Alterative Towards Affordable Transportation policy (SATAT) since no projects have been commenced yet, the minister said: “The member’s information on this is not correct. I will provide the details. There is no need to revisit SATAT policy as it was formed in 2018.”