State Foundation Day in Chhattisgarh will start from November 1 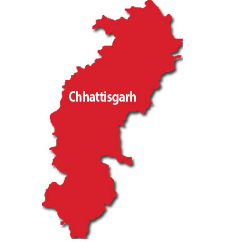 Under the leadership of Chief Minister Shri Bhupesh Baghel, the Government of Chhattisgarh is going to launch an innovative scheme for distribution of fortified rice from next November, State Establishment Day for the supply of essential nutritional elements in food and control of malnutrition. This scheme of distribution of fortified rice containing iron and vitamins will start as a pilot project in Kondagaon district of the state. The Chief Minister, Mr. Bhupesh Baghel, in his budget speech for the year 2020-21, announced the launch of the scheme. For this, a budget provision of Rs 5 crore 80 lakh has also been made by the state government.

It is worth noting that fortified rice contains a mixture of fortified rice kernels (FRK) containing iron, vitamin B-12 and folic acid. Which will prove to be very helpful in the control of malnutrition with the supply of essential nutritious elements to the people. The distribution of this rice will be done under the Public Distribution System (PDS) and other welfare schemes in Kondagaon district. The rice will be distributed according to the criteria set by the Food Safety Standards Authority of India (FSSI).

All rice will be fortified and distributed in Kondagaon district under PDS and other welfare schemes. Two rice mills have been tasked with rice blading for preparing fortified rice. In Kondagaon district, one lakh 11 thousand 217 ration cards under National Food Security Act and 23 thousand 204 ration cards under the state scheme, in this way, one lakh 34 thousand 421 ration cards are popular. The total annual allocation of Chandwal in this district is 60 thousand 188 tonnes, of which PDS is 55 thousand 068 tonnes of Chandwal and the annual allocation of welfare schemes, mid-day meal, supplementary nutritional food etc. is 5 thousand 120 tonnes.