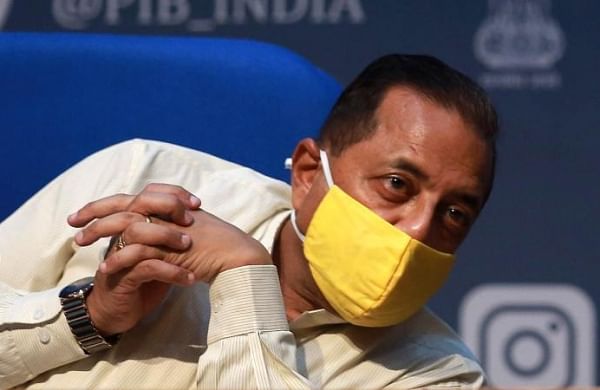 NEW DELHI: Union Minister Jitendra Singh has rushed to Katra in Jammu and Kashmir to take stock of the situation after a stampede at Mata Vaishno Devi Shrine killed at least 12 people and injured 20 others.

Singh, the Minister of State in the Prime Minister’s Office (PMO), is Lok Sabha member from Jammu and Kashmir’s Udhampur constituency.

“I’m immediately rushing to #Katra to take stock of the situation arising out of the tragedy at Mata #VaishnoDevi Shrine. I look forward to have a detailed discussion with the administration and report it back to Hon’ble PM Sh @NarendraModi,” he tweeted on Saturday.

At least 12 people were killed and 20 others injured in a stampede at the famous shrine, triggered by a heavy rush of devotees, officials said Saturday.

The stampede occurred near gate number three outside the sanctum sanctorum of the shrine atop Trikuta hills.

In another tweet, Singh said the prime minister is personally monitoring and keeping track of the tragic situation arising out of stampede at the shrine.

“PM has conveyed his sympathies to bereaved families and issued instructions to provide all possible medical aid & assistance to the injured,” the minister tweeted.