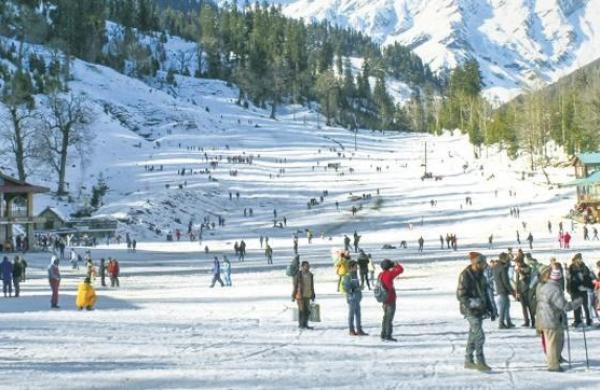 Express News Service
Heavy snowfall declared as ‘natural calamity’After the recent heavy snowfall threw life out of gear for five days and damaged many houses in the Valley, the Lt Governor declared the snowfall as ‘state specific’ natural calamity under the State Disaster Response Fund norms. ‘Heavy Snowfall’ does not figure on the list of natural calamities under the SDRF norms. This absence effectively hampers the disbursement of relief, and ex-gratia for the damages, through the districts’ Disaster Management Authority. Now that heavy snowfall has been declared as a natural calamity, the ex-gratia processing under SDRF will be expedited. The snowfall, apart from wreaking severe hardships, also exposed the shortcomings of authorities, who failed to take effective mitigative measures.

Panels formed for compulsory retirement of staffIn a move that could unnerve its 4.5 lakh workforce, the J&K government has formed committees to consider the cases of non-gazetted officials for compulsory retirement on the completion of 22 years in service or the attainment of 48 years of age. The committees have been formed in all the 39 Administrative Departments of the government. J&K civil service regulation rules were amended in October last to empower the administration to retire employees. The employees can now be retired after being served a three-month notice, or being issued three months of pay in lieu of the notice. The government is also framing a list of staff meeting the criteria. An orderly of J&K Board of School Education was the first to be compulsory retired under the revised rules.

Now, all slopes in Gulmarg open for skiers With a view to attracting more tourists to the ski resort of Gulmarg in north Kashmir during winters, the authorities have opened all the slopes in the world famous tourist resort for skiers. According to Assistant Director, Tourism Gulmarg, Dr Javid-ur-Rehman all slopes in Gulmarg are now open for skiing. All the slopes in Gulmarg are presently decked with snow. A ski patrol team headed by Snow Safety Officer Brian Newman is in place and all slopes are being groomed for the arrival of tourists after the recent spell of fresh snowfall.  To add more attraction for tourists in Gulmarg, a musical touch has been added for the tourists. Local artists will be performing live on weekends in Gulmarg at locations thronged by tourists.

Prisons department resumes e-MulaqatThe prisons department resumed e-Mulaqat for prisoners with their family members on January 8. The families can now talk to the prisoners through video conferencing. The process was suspended owing to Covid-19. The facility is available at every jail in J&K. Families of the detainees desirous of holding mulaqat through video conferencing shall avail of the service from a nearby jail. The families have been advised to contact the superintendents of nearby jails during office hours. The e-Mulaqat will be held from Monday to Thursday from jails in Kashmir to jails in Jammu; and from Friday to Saturday from jails in Jammu to jails in Kashmir from 10 am to 1 pm.

Our correspondent in Jammu and Kashmir