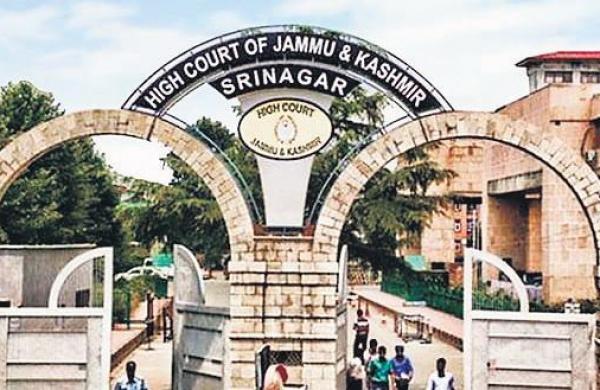 Women from Kashmir are breaking gender stereotypes. Now, 25-year-old Ayesha Aziz has become the youngest female pilot in India. In 2011, at the age of 16, Ayesha became the youngest student pilot to get a license and subsequently underwent training to fly MIG-29 jet at Russia’s Sokol airbase. She graduated from the Bombay Flying Club (BFC) and got her commercial license in 2017. According to Ayesha, she was very fascinated by flying and to be at 40,000 ft is a different charm. “You get to meet different type of people. It is a very challenging job because it is not like a normal 9-5 desk job”. Ayesha would inspire young women not only to dream high but also fly high.

Courts to resume physical hearing albeit with riders

After working in virtual mode following the outbreak of Covid-19 pandemic, the courts in Jammu and Kashmir would resume physical hearing from February 8.  The lawyers have been directed to follow the Covid-19 protocols to prevent spread of the virus. They shall be allowed entry into the court premises from February 8 but it would be regulated case-wise.  Only those lawyers whose cases are listed on that day can enter the court building on a given day. Once inside the court building, lawyers shall have to maintain social distancing and once their hearings are finished, they would have to leave the court premises. However, the entry of clerks and agents of the lawyers and litigants and public will remain prohibited. But the litigant, who has to argue his case personally, shall be allowed entry.

The J&K High Court has quashed the stringent Public Safety Act (PSA) invoked on Jamaat-e-Islami chief Abdul Hamid Ganai saying his detention order was vitiated by “total non-application of mind by the detaining authority”. A division bench set aside the single-bench order. Hamid was arrested in March 2019 after Jamaat, the socio-politico and religious organisation, was banned by the government. The division bench noted that Ganai at the time of his detention was implicated in two FIRs but his PSA dossier does not mention whether he was ever arrested.

The Jammu and Kashmir government has issued a slew of guidelines to various departments to ensure updation of their websites. The departments have been asked to ensure coherence in technical, design and navigation standards across all websites. It has been observed that websites of some departments/deputy commissioners and heads of departments either do not have functional e-mail IDs or do not have information of the latest government schemes and activities for public information. The government has also observed that the websites are not user-friendly, besides being non-compliant to the RTI regime.