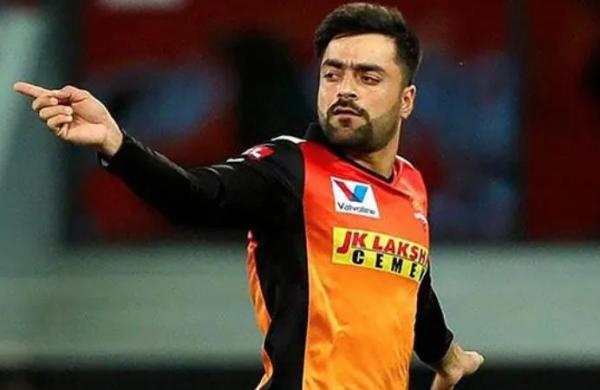 By ANI
CHENNAI: Sunrisers Hyderabad (SRH) might have lost their opening match in the Indian Premier League (IPL) 2021, but star spinner Rashid Khan feels the Hyderabad-based franchise has a strong squad and is capable of beating any team in the showpiece event.

SRH had a disappointing start to the tournament as the David Warner-led side failed to chase the target of 188 against Kolkata Knight Riders (KKR) on Sunday evening.

KKR restricted SRH to 177 despite Abdul Samad fighting cameo in the death overs.

“We played really well. As a bowling unit, we bowled well, as a batting unit, we batted well. But it was a matter of 10 runs in the end. We gave our 100 per cent and it was also the first game of the tournament,” said Rashid in a video posted on SRH’s Twitter.

“We had a good game, bowling and batting were good. We will take the positives from the game and move on to the next game against Bangalore (RCB). We just need to do the right things and have self-belief.” he added.

The Afghanistan spinner knows SRH is a strong side and wants his players to express themselves on the field.

“We are capable of beating any team in this competition. We have a strong squad, we have the ability in each and every department. We just need to go there and express our skills,” said Rashid.

Kane Williamson missed the first match against KKR on Sunday and coach Trevor Bayliss said the New Zealand skipper will needing a little bit of extra time to get match ready.

“We just felt that Kane needed a little bit of extra time to get match fit and a little bit more time in the nets. He would have played in place of Jonny Bairstow obviously if that had occurred. But we aren’t too perturbed about that, Jonny has been in form recently in white-ball cricket here in India. Kane will obviously come into calculations as the tournament unfolds,” Bayliss said in a virtual press conference after the game.

SRH will next lock horns with Royal Challengers Bangalore (RCB) on Wednesday.