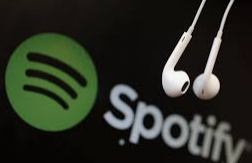 was officially announced today – it’s a bundle of Apple’s various subscription services, and it starts at $14.95 per month. This entry-level tier includes Apple TV+, Apple Arcade, 50GB of iCloud storage, and, most importantly – Apple Music.

It’s doing its best to stay vague, but we’re assuming it’s not the new iPads or Apple Watches that Spotify has a problem with. Obviously, the Apple One bundle deal is a deal, so Apple device owners may be more inclined to go for that instead of paying for Spotify and other Apple services on top of that. It’s just more seamless this way, you get one invoice for Apple One, you’re billed once per month, and so on – and you get a bunch of stuff.

Spotify really can’t do anything but cry wolf here, because it can’t possibly offer anything to compete with Apple One – unless it teams up with Netflix, at least. So naturally, Spotify would love for “competition authorities” to intervene and dismantle Apple One, thus preventing the slippery slope that will inevitably lead to “irreparable harm” and all that. Nice try, Spotify.