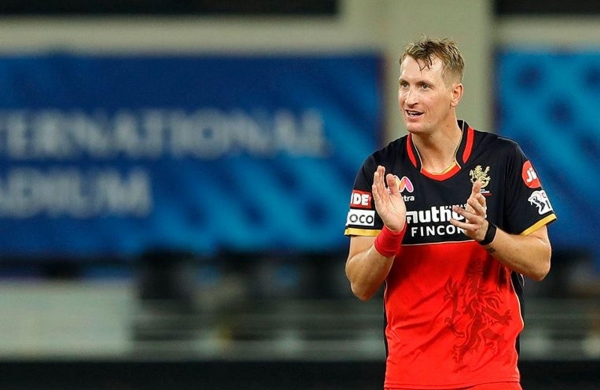 By ANI
CHENNAI: South African all-rounder Chris Morris on Thursday became the most expensive player at an IPL auction after he was bought by Rajasthan Royals for Rs 16.25 crore.

At the ongoing mini-auction of the Indian Premier League (IPL) Morris entered with a base price of Rs 75 lakh. Mumbai Indians and Royal Challengers Bangalore (RCB) both showed interest before Rajasthan Royals made a belated entry after RCB pulled out at Rs 10 crore.

Bidding continued between Mumbai Indians and Rajasthan Royals and the South African all-rounder was finally sold to the Royals.

The fee smashed the record Rs 16 crore paid for Yuvraj Singh by Delhi Daredevils in 2015.

India all-rounder Shivam Dube was also picked by Rajasthan Royals for Rs 4.4 crore during the auction while England batsman Dawid Malan was bought by Punjab Kings for Rs 1.5 crore.

Shakib had his base price as Rs 2 crore, but both KKR and Punjab Kings made bids for him, and in the end, the Bangladesh all-rounder was sold to KKR for Rs 3.2 crore. All-rounder Kedar Jadhav went unsold in the auction as of now.

Earlier, Australia all-rounder Glenn Maxwell was picked up by Royal Challengers Bangalore for Rs 14.25 crore. He had his base price as Rs 2 crore, but a bidding war unfolded between RCB and Chennai Super Kings.

The IPL “mini-auction” this year is witnessing 291 players going under the hammer as England pacer Mark Wood withdrew from the auction at the end moment.

All these cricketers have been shortlisted by the eight franchises. A total of 164 Indian players, 125 overseas players, and 3 players from associate nations are up for grabs in the mini-auction.