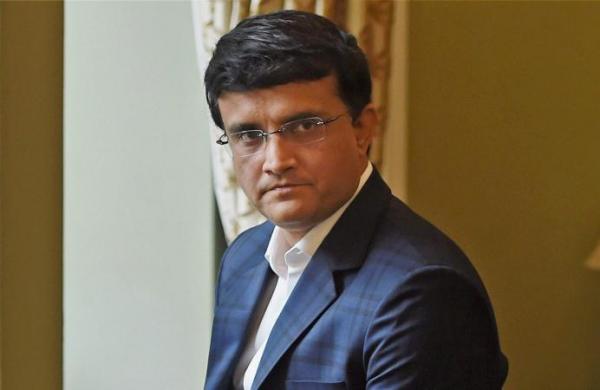 By PTI
KOLKATA: Senior CPI(M) leader Ashok Bhattacharya’s statement that BCCI president and former Indian cricket captain Sourav Ganguly, who suffered a heart attack and is now hospitalised, was under pressure to join politics created a storm on Sunday.

Speculations were rife that the former batting great will join the BJP ahead of the state assembly elections due in April-May this year.

But Ganguly himself never made his intentions quite clear about taking the political plunge.

He underwent angioplasty after a “mild” heart attack on Saturday.

He is under treatment in a private hospital in Kolkata.

“Some people wanted to use Ganguly politically. That probably exerted pressure on him. He is not a political element. He should be known as Sourav the sporting icon,” Bhattacharya, the BCCI presidents longtime family friend, said.

“We should not create pressure on him (for joining politics). I had told Sourav last week he should not join politics and he did not oppose my views,” Bhattacharya who visited Ganguly at the hospital said.

Reacting to the former minister’s comments, BJP state president Dilip Ghosh said, “Some people see politics in everything due to their sick mindset. Like millions of his fans, we only wish that Sourav recovers fully.”

Senior Trinamool Congress leader and state minister Sobhandeb Chatterjee, who also visited the former cricketer at the hospital, said that there had never been any effort to induct Sourav “into our party. We are proud to have him as the icon of sports.”

West Bengal Chief Minister Mamata Banerjee and Governor Jagdeep Dhankhar on Saturday visited the hospital to enquire about his health.

Ganguly had met Dhankhar at Raj Bhavan a week back “in a courtesy visit”.

Ganguly is stable and his health parameters are normal, doctors said on Sunday.

The cricket icon was diagnosed with three blocked coronary arteries on Saturday, following which a stent was inserted in one to remove the blockage.

“Ganguly’s coronary angiography was done at 3 pm and his echocardiography will be repeated tomorrow,” a bulletin, issued by the private hospital where he is admitted, said late on Sunday night.

His blood pressure is 110/80 and oxygen saturation level is 98 per cent, it said.

Doctors said they will be deciding on conducting another angioplasty after assessing Ganguly’s condition.

To a question, a hospital spokesperson said the medical board is not thinking about the option of bypass surgery.

“Our expert panel will decide on the future course of treatment tomorrow,” she said.

The nine-member medical board will meet on Monday and discuss further treatment plan with his family members, the bulletin said.

Ganguly had his dinner at 10 pm.

Meanwhile, fans of the celebrated former cricketer were seen holding posters that read ‘Come back dada’ outside the hospital, which saw a beeline of visitors like Saturday.

The batting great was rushed to hospital on Saturday afternoon following complaints of chest pain.