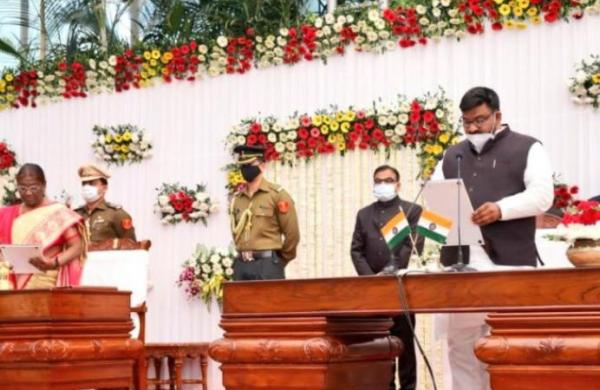 By Express News Service
RANCHI: Hafeezul Hassan, elder son of former minister late Haji Hussain Ansari, took oath as a minister in Hemant Soren Cabinet on Friday. Hassan replaced his father who passed a day after recovering from Covid-19 at a private hospital in Ranchi on October 3.

Governor Droupadi Murmu administered the oath of office and secrecy to the newly enacted minister at Raj Bhawan on Friday. Notably, Hassan is yet to secure Assembly membership from any of the seats. He is likely to contest from his ancestral seat Madhupur which is lying vacant after the death of his father.

This is the second instance in Jharkhand when a non-member of Jharkhand Assembly has been given a ministerial berth. Earlier in 2006, Hemendra Pratap Dehati, father of Bhanu Pratap Shahi, had replaced his son in Madhu Koda Cabinet. The sudden decision was taken apparently after RJD had started demanding Madhupur Assembly seat as Congress and JMM, the other two alliance partners in the ruling government, already contested Dumka and Bermo by-elections and won them.