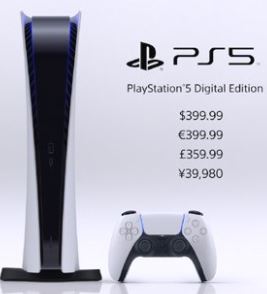 Sony has confirmed to refill its PlayStation 5 stock by the end of the year after the newly-launched gaming consoles were sold out in its biggest launch ever.

Sony Interactive Entertainment CEO Jim Ryan on Wednesday said in a media interview that PlayStation 5 launch sales are doing phenomenally well and ‘absolutely everything is sold’.

“We want to thank gamers everywhere for making the PS5 launch our biggest console launch ever. Demand for PS5 is unprecedented, so we wanted to confirm that more PS5 inventory will be coming to retailers before the end of the year – please stay in touch with your local retailers,” the company said in a tweet.

Both PS5 and Microsoft Xbox series consoles are very hard to find right now in the holiday season. In the US, the Sony PS5 has been priced at $499.99 for the Standard edition and the Digital edition has been launched at $399.99.

Recently, the UK-based data analytics company, Ampere Analysis, predicted that Sony could sell nearly 17.9 million units of the PS5 consoles by the end of 2021 and more than 67 million units by 2024.

The overwhelming number of pre-orders resulted in a limited supply of consoles available on launch day and even some early buyers will need to wait until after the holidays for their pre-orders to be fulfilled.