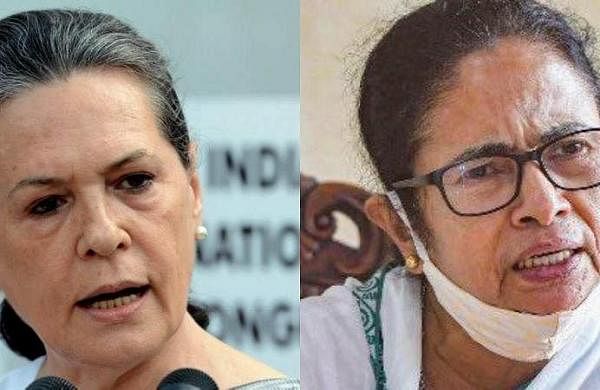 NEW DELHI: Congress president Sonia Gandhi on Tuesday met a group of opposition leaders and held consultations with them to evolve a joint strategy in Parliament, sources said.

Mamata Banerjee’s Trinamool Congress, which is at loggerheads with the Congress, was not invited, sources said.

Sources said more such meetings would be held in the next few days, in a bid to bring all opposition forces together.

Opposition parties have been protesting the suspension of 12 Rajya Sabha MPs and are holding protests, seeking the revocation of their suspensions.

According to sources, Sonia Gandhi had invited Uddhav Thackeray and DMK chief MK Stalin. Both deputed their leaders –Raut and Baalu– respectively.

Earlier in the day, opposition MPs in both Lok Sabha and Rajya Sabha held a protest march from the Gandhi statue in the Parliament complex to Vijay Chowk with Rahul Gandhi alleging that the Opposition is not being allowed to raise issues in Parliament, which is now merely a building and a museum.