Some parties express concerns over SC commenting on functioning of Parliament, other legislatures 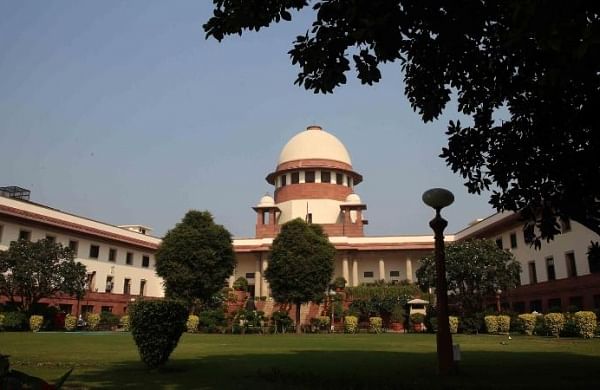 NEW DELHI: Expressing concerns over the Supreme Court commenting on the functioning of Parliament and other legislatures and the manner of law-making, some leaders on Sunday told Rajya Sabha Chairman M Venkaiah Naidu that it is for the presiding officers to act in case of any violation and other constitutional bodies should not make adverse remarks on it.

The issue was raised in a meeting of leaders of various parties convened by Naidu at his residence ahead of the Winter Session beginning Monday.

According to sources, the leaders said that it is for the presiding officers of legislatures to take appropriate action if norms of functioning are being violated by any member or party and other constitutional agencies should not comment adversely.

Responding to the leaders, Naidu said, “I can understand your concerns. But such comments should be viewed in the context of the functioning of legislatures marked by persistent disruptions, unruly behaviour and violent actions which have deleterious effects.”

“The best way to counter them is to ensure proper functioning of the legislatures by maintaining dignity and decorum of the house since such comments are finding resonance with the public from what they see,” a source quoted Naidu as having told the meeting.

About 40 leaders of various parties and ministers attended the meeting. While Parliamentary Affairs Minister Pralhad Joshi briefed the meeting about the legislative agenda, Leader of the Opposition Mallikarjun Kharge and leaders of other parties raised the issues that they want to be discussed during the Winter Session.

Some leaders expressed concern over the course of events during the last Monsoon Session when 70 per cent of the functional time of the House was lost due to persistent disruptions.

Many leaders stressed that they are in favour of smooth functioning of the House and called for a productive Winter Session.

Naidu urged the government and the opposition to regularly talk to each other to enable effective functioning of the House. He appealed to all sections to cooperate in ensuring a productive Winter Session, the sources add.

The Monsoon Session of Parliament was washed out over the opposition demand for a discussion on the Pegasus snooping issue.

The issue is still alive and the opposition will continue to press its demand, even though the Supreme Court has intervened and set up a committee to look into it.

In the Winter Session, the opposition will also seek to raise the issue of farmers’ protests and press for bringing a law to grant minimum support price for crops.