Some ministers willing to step down in Rajasthan: Congress leader Ajay Maken ahead of reshuffle 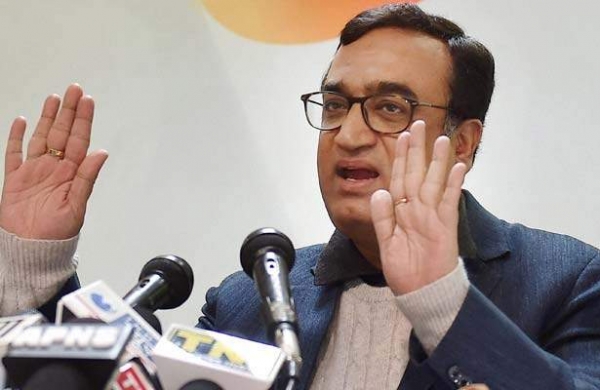 By PTI
JAIPUR: In a clear indication that some members of the Rajasthan Cabinet may be dropped, Congress general secretary Ajay Maken on Friday said a few ministers have expressed willingness to quit the government to work for the organisation.

The remark by Maken, who is the Rajasthan in-charge at the All India Congress Committee (AICC), follows his one-on-one meetings here with party MLAs and other leaders in the Congress-ruled state ahead of a likely Cabinet reshuffle.

Maken said everyone told him that they will accept whatever the party high command decides for them.

A Cabinet expansion and appointments to district Congress posts is expected soon, following demands by supporters of former deputy chief minister Sachin Pilot for a bigger share of power in the state led by Ashok Gehlot.

“There are people who are eager to leave government positions and work for the organisation. We are proud of such people,” Maken said, his remarks indicating that some ministers in the Gehlot Cabinet may now make way for fresh faces.

“The Congress will form the government again in 2023 with our members, who are ready to leave everything and work together with the organisation,” he told reporters. The leader said the ministers cited his own example when he quit a ministerial post in 2013 to work for the organisation.

After the one-on-one meetings on Wednesday and Thursday with 115 MLAs – from the ruling party and those supporting it – Maken held discussions Friday with the state executive at the Congress headquarters here.

He is now expected to submit his report to the party’s central leadership in New Delhi. “We mainly discussed how we can bring back a Congress government in 2023. In the state executive meeting also, we discussed that there should be better coordination between the government and the organisation so that together we can bring the Congress back to power,” he said.

Maken appreciated the performance of the Gehlot government. “I was told by every MLA how amazing development work has been carried out in their constituency — be it education, health, roads, hospitals. All MLAs are satisfied and all are moving ahead on the path of development,” he said.

Asked about the possible role for Pilot, who was sacked as deputy CM and the state unit president after he rebelled last year against Gehlot, he said, “Everyone has faith in the high command. Everyone has said that whatever role the high command decides will be acceptable to all.”

On Thursday night, Gehlot also held an informal meeting of party MLAs at his home. “Forget, forgive and unite. There is no dearth of development work in the state. The work will continue like this…have faith. All of you will win and the Congress will form the government in 2023,” he was quoted later as telling them.

Including Gehlot, there are 21 members now in the Rajasthan ministry and up to nine more can be accommodated. Similarly, there are vacancies in party units at the district level. The Congress high command had brought about a truce in the Rajasthan unit after rebel MLAs led by Pilot appeared to bring the Gehlot government on the brink of collapse last year.

A three-member AICC committee was formed to look into the grievances of Pilot supporters. But they claim that this has not happened even months later.