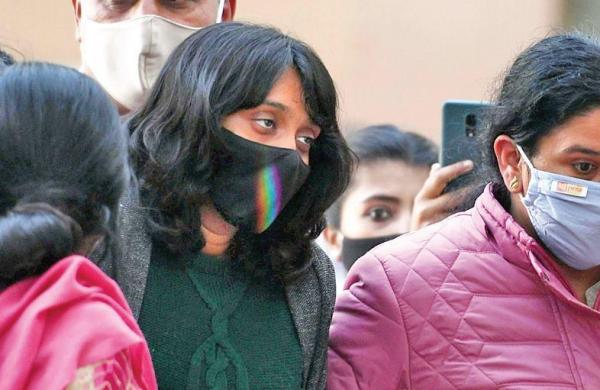 Express News Service
“How wonderful it is that nobody need wait a single moment before starting to improve the world.”This diary jotting by Annelies Marie “Anne” Frank, whose life was cut short at a tender age of 15 in Bergen-Belsen concentration camp in Nazi Germany in February 1945, rings prophetically true for today’s young activists who are literally just a click away from “starting to improve the world”.

Activism lately is armed with social media, which has emerged as a dominant medium for speech and expression, freedom of which are guaranteed in the Indian Constitution.

Activism – assuming legitimacy from this constitutionally granted freedom – is the effort of seeking a perceived good through reforms in domains directly or indirectly affecting humans and their surroundings.

Social media has loomed large as a cyber outlet, through which ideas are expressed, trounced, trolled and wars among ideologies and differing views are waged over unending threads. But more disturbingly, it is also scrutinised by a Big Brother-like eagle-eye, the optic nerve of which is directly connected to the government.

By the very nature of each, activism and social media, the latter is a double-edged sword that arms the former: It can benefit activism as long as reach and communication is concerned to provoke like-minded thinking, highlight issues to be taken up and galvanise support.

But due to its visibility, it can also make it vulnerable to repression if the authorities perceive the form of activism to be “anti-government”, “anti-national”, or qualifies for “sedition”. Article 19(1)(a) of the Constitution guarantees that “all citizens shall have the right to freedom of speech and expression”.

But the very next clause – Article 19 (2) – makes exercising this freedom subject to restrictions that are often overlooked. These restrictions pertain to the freedom affecting the security of the State; friendly relations with foreign states; public order; decency and morality; contempt of court; defamation; incitement to an offence; sovereignty and integrity of India.

Unfortunately, while an increasing number of youth are taking to activism via social media, their excitement in pursuit of a “better world” makes them turn a blind eye to these restrictions. In fact, many young activists, while talking about freedom of speech, are ignorant about, or prefer to ignore, 19(2) of the Constitution.

The result can be unfortunate incidents, like the February 13 arrest of 22-year-old climate activist Disha Ravi from Bengaluru on charges of sedition and inciting violence for sharing a Google doc ‘toolkit’ for farmers’ protest which she is alleged to have edited before sharing. Her act is now allegedly linked to elements on the government’s intelligence radar for “waging war against the nation”, which is also being probed.

Senior advocate BT Venkatesh, who took up the case for Amulya Leona (charged for shouting “Pakistan Zindabad” at an anti-CAA rally in Bengaluru in February 2020) and for a school headmistress and a parent for allegedly staging an “anti-national” play in Bidar and facing sedition charges, says, “Article 19(2) is a problem.

It comes from the fact that the state has control over the freedom of expression and the state gets to decide what is wrong and who is wrong. I believe that if someone is making a hate speech then he/she should be prosecuted, but don’t say that he or she can’t speak at all. Free speech is an absolute need!”He feels it should be the young minds that need to discover and figure out the nuts and bolts of society.

“Let the young minds debate, discuss, falter, and learn on their own without being manipulated by any side. Let them be themselves – independent, free and responsible to make their own democratic choices, to decide for themselves and to take charge of issues in their own way within the given constitutional framework. They are there for that very purpose and even if they are imperfect in their decision-making, let them learn and find a way out on their own within the ambit of rules and laws,” he says.

Maitreyi Krishnan, Executive Member, All-India Central Council for Trade Union, says, “Young minds should know that the flip side of social media is that all kinds of messages are out there. Fake news is so prevalent that the idea of truth is distorted. Danger is that it is not just about belief or disbelief, but the entire truth is distorted. People should make a commitment to themselves that they will not circulate anything unless verified and only correct information is circulated.” Tara Krishnaswamy, founder of Shakti and co-founder of Citizens for Bengaluru, says it takes a lot of courage to be an activist in this social media generation.

“If you post anything unpopular or against the government, troll armies are unleashed on you,” she says. She points at paid trolls whose only job is to echo hateful, templated comments, which are not unlike toolkits, she says.

“Activists or individuals with Twitter accounts cannot compete with thousands of trolls which may include anonymous people, fake accounts, or those with multiple accounts. The government has too much power and when anyone objects to what they do, social media forces are unleashed on those citizens,” she says, adding that this psychologically damages people due to unfair targeting, name-calling and using expletives, which happen because social media platforms are unregulated.

Amrut Joshi, an activist in Hubballi, admits everyone has freedom to express, but “there should be a limit to our freedom, otherwise it hurts others.”

But Venkatesh feels, “One should know that once it is out on a platform like this, we should be ready to accept that there will be criticism, which will be also visible just like your opinion. If your opinion is an informed one then it is good, but if it is not then it can be stupid or provocative. Here, what matters is that space needs to be protected.”