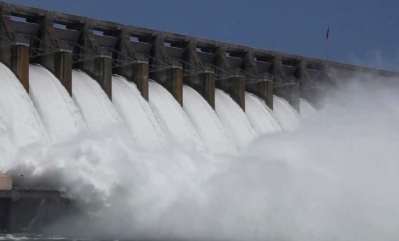 According to Meteorologist HP Chandrakar of Lalpur Meteorological Center, light to moderate rains are likely to occur at some places in the state on Wednesday. There may be heavy rains in Bilaspur division. There is a monsoon basin in the foothills of western Rajasthan, Pilani, Badaun and the eastern end of the Himalayas. Gangetic, an upper air cyclone, is up to 0.9 km altitude in and around West Bengal. Tomorrow, on 2 September, light to moderate rain or thunderstorms are expected to occur in many places of the state. There is a possibility of heavy to very heavy rainfall and lightning with thunder glow at one or two places in the state. The area of ​​heavy rainfall is likely to remain mainly in Bilaspur division and its adjoining district. The maximum temperature in the state is expected to fall for the next 2 days.

Monsoon in Chhattisgarh was kind to the whole August month. During the month, there was so much rain that on one side the monsoon quota was more than 92 percent, on the other hand, there was an advantage that in many dams, water is getting good electricity. The hydral plant (hydropower plant) of Hasdev river in Korba has broken the record of last 25 years in electricity generation. The power company’s Korba plant produced a record 87.75 million units of electricity in August. The Meteorological Department has also forecast heavy rains in Bilaspur division on Wednesday. In the month of August, Chhattisgarh received an average of 516 mm of rainfall. This is more than 36% of the average rainfall in August. So far, the state has received around 1100 mm rainfall since June 1. Korba has received 1180.7 mm of rain. This is 8% above average.

Due to heavy rains last month, the power company’s established Hasdev Bango Hydel Power Plant at Hasdeo River in Korba, this month produced record electricity. Earlier in 2011, the plant produced 82.8 million units of electricity. According to the officials of the power company, one of the main reasons for this is the continuous release of water from the dam, due to which the three plants of 40-40 units of the plant continued to operate continuously for 24 hours. Because of this, this record became possible. Company officials-employees utilized 98.27 percent of the capacity using the water filled in the dam. At present, 87.12 percent water is filled in the dam of Hasdev river.