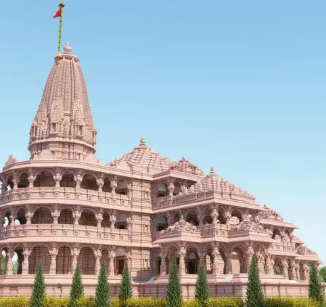 Ramjanmabhoomi Tirtha Kshetra Trust’s fund is continuously increasing with the amount of offerings of Ramlala seated in Ramjanmabhoomi – the fund of the Trust has already received more than one billion donations from Ramabhakta – this was confirmed by the office in charge of Ramjanmabhoomi Trust – He told that on Sunday also hundreds of devotees contributed to the construction of the Ram Shakti as per the strength – while eight Rambhaktas from Nagpur have donated 11-11 silver coins separately – they have kept their secret – in a similar way Kushinagar MP Vijaykumar Dwivedi and Go Seva Commission Vice President Atul Singh have also donated three kg silver to the Trust.

The meeting of the VHP’s Central Road Auditorium will not be held in Haridwar but now only in Delhi – this meeting held on November 10 and 11 will include religious leaders of various communities across the country – this is the cooperation amount for the construction of the temple of Ramlala, who is enshrined in Ramjanmabhoomi. To mobilize, 11 crore Rambhaktas of four lakh villages of the country will put their stamp on the decision to campaign for extensive contact – after this, the preparation of the campaign will be started duly – this campaign of public contact will start from Makar Sankranti.

At present, in the meeting of the central executive of VHP held in Bhopal, it was decided to give an edge to the campaign of public contact campaign of Ram Janmabhoomi Tirtha Kshetra Trust – in this context, coupons and leaflets to get the support money from Ram Janmabhoomi Trust It will be printed, which will include the necessary information regarding the Ram temple with a brief history of Ramjanmabhoomi – according to the information received from the authorized sources of the trust, the leaflets and coupons printed by the Ramjanmabhoomi Trust will be printed in different regional languages ​​so that different Language-speaking people should be able to understand the subject – It was told that coupons printed for cooperation amount will be of ten and hundred rupees – if anyone wants to contribute more amount, he will be given a receipt of trust-