Smooth transition of power in India after every election post-independence: Lok Sabha Speaker 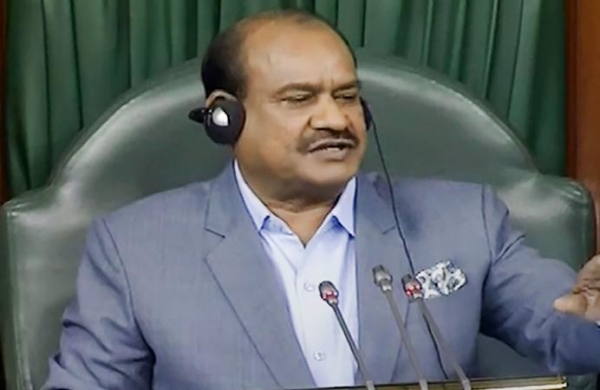 By PTI
DEHRADUN: The smooth transition of power after 17 General elections and over 300 Assembly polls in the country since independence is a sailent feature of Indian democracy, Lok Sabha Speaker Om Birla said on Friday.

Keeping the people at the centre of governance has been the basic concept of the Constitution and has deepened the faith of citizens in democracy, he said.

Birla also said the country cannot be empowered without strengthening the Panchayati Raj institutions and making them more accountable to the people.

Speaking at an outreach programme here to introduce and familiarise Panchayat representatives with the functioning of the Parliament and democratic principles, Birla said Gram Panchayats were the main force behind the strength of Indian democracy.

“Smooth transition of power after these 17 General elections and over 300 Assembly polls is a speciality of our democracy.

We have made efforts to strengthen democracy from Panchayat to Parliament,” the Lok Sabha Speaker said.

“Panchayati Raj institutions like Gram Sabha have been our democratic traditions.

Our concept of democracy is strong,” he said, addressing representatives of Panchayati Raj institutions.

He said if Panchayati Raj institutions are run effectively and responsibly, a comprehensive change can be brought about in society.

Birla also talked about the scope for development of rural tourism in Uttarakhand.

“India is strong as a democracy due to the Panchayati Raj institutions.

Development in urban centres is mutually dependent on rural development.

Rural economy needs to be strong with a corruption-free model of development,” Rawat said.

The programme was organised by the Parliamentary Research and Training Institute for Democracies (PRIDE), Lok Sabha Secretariat in coordination with the Uttarakhand government.