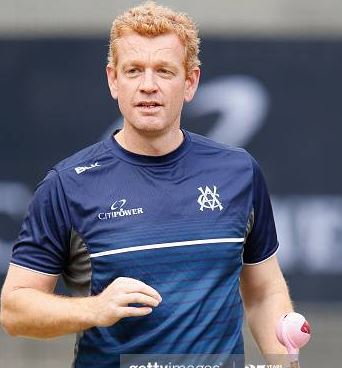 Australian assistant coach Erdue Macdonald said on Sunday that Australian batsman Steven Smith has fully prepared himself to withstand the bouncers and short pitch balls of the Indian fast bowlers.

The four-Test series between India and Australia starts on 17 December and Team India has such pace batteries as Jaspreet Bumrah, Mohammed Shami and Umesh Yadav, who consistently hit the ball at 140-145 kmph. The opposition takes a hard test of the batsmen.

Smith has been troubled by England fast bowler Joffra Archer and New Zealand fast bowler Neil Wegner in the past few years. Smith suffered a head injury from Archer’s bouncer in the Ashes last year, forcing him to stay out of that Test. In the England tour before the IPL this year, Smith was hit on the helmet in net practice, due to which he did not play the ODI series.

Given this, it is believed that the Indian fast bowler could put Australia’s top batsman in the test series in trouble, but assistant coach McDonald believes that Smith has prepared himself mentally to face such balls. And they will not have any problem in front of the Indian fast bowlers.

Smith himself recently said that he has no problem with short pitch balls. Macdonald said, “I don’t think that’s his weakness. According to me, they use such balls to put initial pressure on them so that they can be dismissed early. “