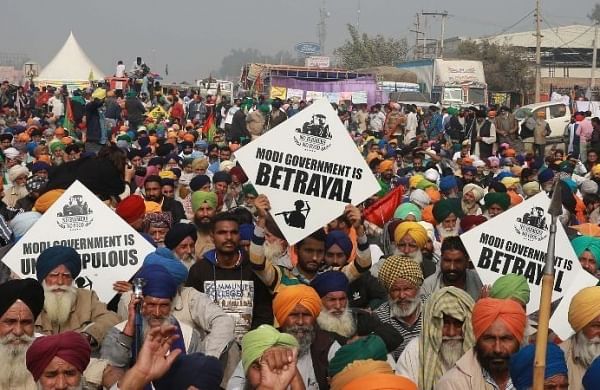 The umbrella body of farmers’ unions protesting the three Central farm laws, in a statement, also said several of its leaders will join a ‘Maha Dharna’ in Hyderabad on November 25 to mark the first anniversary of the farmers’ protests at Delhi’s borders.

It said the Indian diaspora will organize events in the UK, the US, France, Austria, Australia, Canada, and the Netherlands on Friday in support of the farmers’ protests.

Sir Chhotu Ram, born on November 24, 1881, was regarded as a messiah of peasants and was instrumental in empowering farmers in the pre-Independence era and getting pro-farmers law enacted.

He had fought for farmers’ rights during British rule.

Despite Prime Minister Narendra Modi’s surprise announcement of repealing the three agri laws, farmer leaders have maintained they won’t budge until the laws are formally repealed in Parliament.

They have also indicated the stir for a statutory guarantee of MSP and withdrawal of the Electricity Amendment Bill will continue.

The SKM on Monday wrote an open letter to the prime minister presenting their six demands, including a law guaranteeing minimum support price (MSP) for all farmers, and sought immediate resumption of talks with the government over these.