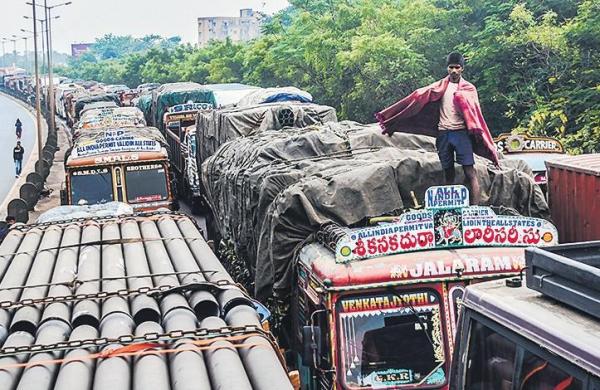 By PTI
NEW DELHI: The Samyukta Kisan Morcha (SKM), an umbrella body of 40 farmers’ unions, on Saturday invited trade unions, transporter and retailers associations and other mass organisations for a meeting to plan the nationwide ‘Bharat Bandh’ on March 26.

The meeting, which will take place on Wednesday, seeks to take suggestions from the several organisations on conducting the bandh in a “better” way, read the letter issued by the SKM.

March 26 marks the completion of four months of the ongoing farmers protest at the Delhi borders — started on November 26.

“We seek your full cooperation and solidarity to make the day a success. For planning this better, we are organising a meeting at Kajaria Tiles Showroom, opposite Malwa Hyundai Showroom at Kundli, Sonepat district, Haryana (at the Singhu Border protest site), at 12 noon on 17th March 2021,” it said.

The SKM has asked its constituents to organise such planning meetings at state and district levels as well.

Also, for the ‘Bharat Bandh’ call on March 26, it clarified that there will be “no bandh” in areas going to the polls on March 27.

The farmers, whose protest has crossed 100 days, will protest the hike in fuel prices and privatisation of the railways on March 15 and mark the day as “anti-corporate day” and an “anti-government day”.

Thousands of farmers, mostly from Punjab, Haryana and western Uttar Pradesh, have been camping at the Delhi border points — Singhu, Tikri and Ghazipur — for over four months, demanding the repeal of farm laws and a legal guarantee on the minimum support price (MSP) for their crops.