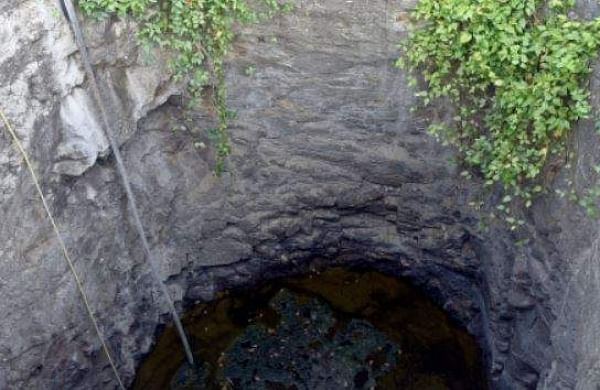 CHANDIGARH: A six-year-old boy Rithik Roshan, son of a migrant labourer from Uttar Pradesh, today fell into a 100-foot-deep borewell in Khiala Bulanda village of Hoshiarpur district of Punjab.

Sources said that the boy was playing in a field in the village and climbed a borewell shaft when some stray dogs started chasing him. The borewell shaft was covered with a jute bag and could not withstand the weight of the boy and gave in causing him to fall into the 100 ft deep well.

As soon as they came to know the villagers rushed to the spot and immediately alerted the district administration. A camera was attached to a wire and a high-flow oxygen pipe was sent down the well to keep a watch on the child and that he was breathing properly as oxygen is supplied to him. A team of doctors along with paramedics is also on the spot and is assessing the situation through the camera.

The boy’s parents hail from Muradabad in Uttar Pradesh his father Rajendra and mother Bimla are settled here for the last few years.

Deputy Commissioner of Hoshiarpur Sandeep Hans who also rushed to the spot along with other officials said that the footage of the camera which has been sent down in the bore well to keep a tab on the child reflected that the boy is lying unconscious which is making the rescue operation more difficult and thus they have requested the Military Engineering Services (MES) to also help in.

The boy’s mother Bimla who was sitting with other ladies near the borewell and praying that her son is pulled out alive said, “my son is not studying in any school he was playing when dogs started chasing him and he fell in the well his sister was behind him and then we were informed. The sarpanch and along with the government officials are trying to rescue my child from the borewell. He is fine they say.’’

The teams of district administration along with a team of the National Disaster Response Force  (NDRF) are on the spot and a parallel tunnel is being dug to the borewell to reach the child.

Punjab Congress President Amrinder Singh Raja Warring said he prays for the safe evacuation of the boy. “Praying for the speedy and safe evacuation of 6-year-old Rithik, who fell into a borewell at Hoshiarpur. I am sure the administration is doing their best. Waheguru Mehar Kare,” he tweeted.