Six Gujarat local bodies to go to polls in February 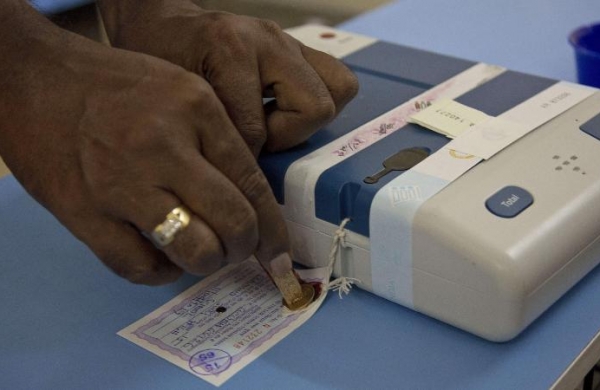 By PTI
AHMEDABAD: Elections to six municipal corporations in Gujarat will take place on February 21 and to 81 municipalities, 31 district panchayats, and 231 taluka panchayats on February 28, the state election commission said on Saturday.

Counting of votes for the six municipal corporations will take place on February 23, and for the 81 municipalities, 31 district panchayats, and 231 taluka panchayats on March 2.

The ruling BJP expressed confidence about winning these polls, while the opposition Congress said it would mount a legal challenge on poll authorities announcing two separate days for counting of votes.

The six municipal corporations to go to polls are Ahmedabad, Surat, Vadodara, Rajkot, Jamnagar, and Bhavnagar.

“Polls in six municipal corporations will be held on February 21 and counting of votes will take place on February 23.

Polls will take place in the 81 municipalities, 31 district panchayats and 231 taluka panchayats on February 28 and results will be declared on March 2,” Gujarat Election Commissioner Sanjay Prasad said.

The last date to file nominations for the municipal corporation elections will be February 6, while it will be February 13 for the other set of polls, he said at a press conference here, adding that the model code of conduct had come into force immediately.

These polls were to be held in October-November last year but were pushed back due to the coronavirus outbreak, and Prasad reiterated it would be conducted with strict adherence to all health protocols in place.

He said standard operating procedures (SOPs) for the polls will be declared soon, and five meetings on this issue had been held so far with the state health department.

EVMs will be used for the polls, of which the SEC has adequate numbers, but the VVPAT mechanism will not be deployed, Prasad informed.

A total of 47,695 booths will be set up for the polls, of which over 6,000 have been marked sensitive, and 4.2 crore voters are eligible to vote for 574 corporators in six corporations, 2,720 representatives in 81 municipalities, and 9,049 representatives in district and taluka panchayats, he said.

In reply to a query on the counting of votes of the municipal corporations and other local bodies being kept on two separate days, Prasad said the SEC had followed the tradition laid down earlier, and added that the coronavirus outbreak and resultant protocols had made it difficult to hold counting of votes for different polls at the same time.

Meanwhile, state Congress spokesperson Manish Doshi expressed his party’s displeasure at the counting of votes of the six municipal corporations being held earlier.

“We will legally challenge the early declaration of results of six municipal corporations as they will influence later elections,” Doshi said.

On the other hand, BJP Municipal Board chairperson Dhansukh Bhanderi said his party was confident of a win in these polls due to public support.

Apart from the BJP and Congress, mainstays of the state’s political theatre for several decades now, parties like the AIMIM and AAP have also said they would fight local bodies’ polls this time.