Six die, 29 sick as gas leaks from tanker in Surat 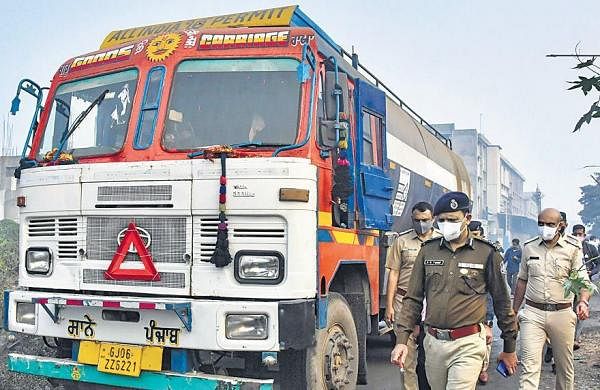 AHMEDABAD:  At least six factory workers died while 29 others were admitted to hospital after they inhaled toxic fumes from a chemical-laden tanker parked adjacent to the place they were sleeping, in Surat district of Gujarat on Thursday.

Officials said the gas leak was reported at a factory in Sachin GIDC area of Surat. The fire department received a call around 4.25 am that 25 to 26 workers fell unconscious after inhaling the fumes coming out of the tanker parked on a roadside near the factory.

Doctors treating the workers said all the six victims died after inhaling hydrogen sulphide, which directly affects lungs and brain and leads to brain-death. Sources said the accident happened when the chemical was being illegally discharged into a drainage.