Six bridges washed away in Madhya Pradesh floods; over 55,000 affected 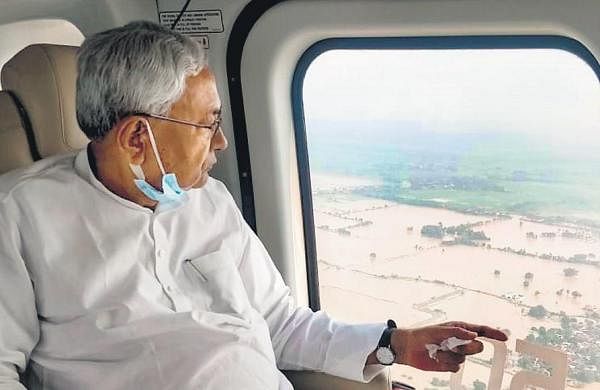 BHOPAL:  With heavy rains ravaging the Gwalior-Chambal region in Madhya Pradesh – leaving two persons dead and damaging several bridges and other infrastructure – Chief Minister Shivraj Singh Chouhan on Thursday said the state has “not seen such devastation in the last 70 years”.

Public Works Department (PWD) minister Gopal Bhargava formed a committee of engineers to probe into the destruction of at least six bridges in the deluge and ascertain whether faulty design or low quality works were responsible for the damage.

The bridges built over 11 years and costing Rs 33 crore were swept away after the torrential rains sent rivers into spate over the past three days. Three of the six bridges – built on the Sindh River in Datia district – were washed away in the past 24 hours.

According to the government’s preliminary statistics, 55,199 people from over 1,200 villages have been impacted by floods in rivers Parvati, Chambal, Sindh, Kuno and Kuwari. Around 31,000 people have so far been rescued, with over 16,000 being accommodated in 126 relief camps.

The actual loss of property, including agricultural and livestock, is yet to be ascertained. Chief Minister Shivraj Singh Chouhan on Thursday continued meeting the victims at the relief camps. “Detailed survey will be carried out to ascertain the damage caused by the floods and each and every loss will be compensated.

As an immediate relief we have decided to provide 50 kg food grain to each flood-hit family. They would also be compensated at the rate of Rs 25,000 each for damaged tube-well/well, while Rs 30,000 each will be provided for loss of cattle. Loss of goats and poultry, too, would be compensated,” Chouhan said.

Maha govt starts resettling  residents landslide-hit Taliye Maharashtra government has started temporary and permanent rehabilitation of people from Taliye who lost their homes in the recent landslide that killed 84 people in the village. “The people who lost their houses are given the container houses as temporary accommodations through Corporate Social Responsibility (CSR) fund,” said Nidhi Chaudhari, Collector of Raigad told The New Indian Express