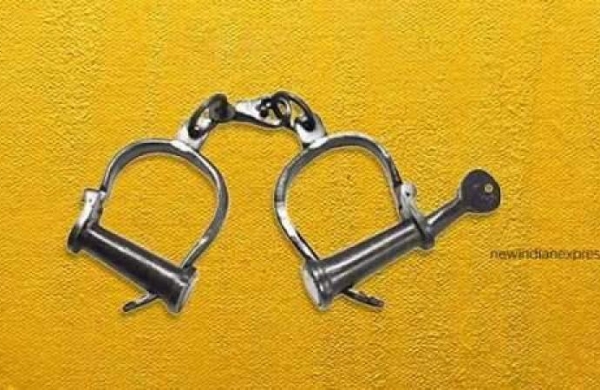 By ANI
ALIPURDUAR: Six people, residents of Paschim Chengmar village in Alipurduar district, were arrested for stripping and parading naked a woman, informed the police on Tuesday.

According to the police, the incident took place on Thursday night at Paschim Changmari village under Kumargram police station limits in West-Bengal’s Alipurduar district when a group of villagers belonging to the tribal community tortured a tribal woman, tore open her clothes and paraded her naked.

It is reported the woman had left her husband recently and had gone with another man. However, she returned to her first husband who accepted her. But villagers started protesting against the woman and allegedly tortured her.

Bholanath Pandey, SP, Alipurduar said, “A group of villagers belonging to a tribal community tortured a tribal woman on Thursday night. We acted immediately and informed Officer in Change, Khamakhaguri under Kumargram police station, arrested six persons. We applied for 14 days remand, got 12 days for further investigation. Raids are on to arrest the other accused persons and action will be taken as per law.”

The police said, after the incident, the woman went to her father’s house in Assam without informing the police. Later the district police brought the victim back and encouraged her to file a police complaint, on the basis of which, the police took the initiative and arrested six accused persons, the police added.