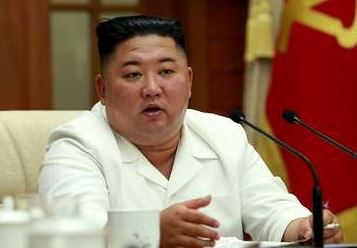 Experts in South Korea and the US (US) have claimed that a large number of new cases of corona infection have been reported in North Korea, after which the situation has worsened. Seeing the situation worsening, North Korean dictator Kim Jong Un and his family got the vaccine approved. No vaccine has been fully approved in the world yet. On the basis of intelligence reports, American analysts have claimed that apart from Kim and his family, some other important people of North Korea have also got this vaccine. According to reports, China had given the vaccine to its health workers and some others early last month.

Harry Cajianis, an expert at Washington’s National Interest Think Tank, has revealed this about Kim. Harry is knowledgeable about North Korea affairs and has made this claim about the dictator based on two intelligence reports from Japan. According to Harry, the unauthorized vaccine from China has been installed in North Korea only to certain people. These include Kim and her family.

At the moment, it has not been clear which Chinese company has been vaccinated to Kim. In an article, Harry said – Apart from Kim, this vaccine has been given to the high ranking officials of North Korea within two or three weeks. The Chinese government sent this vaccine to North Korea.