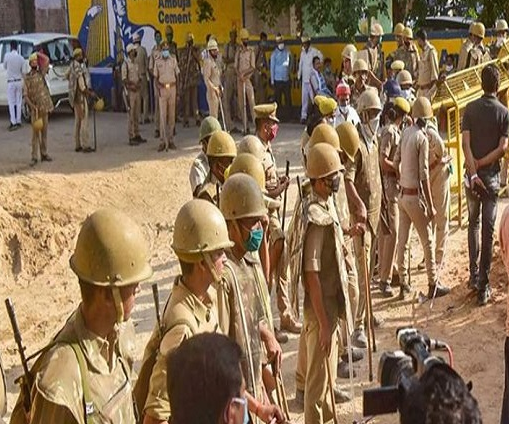 The district administration has finally allowed media on Saturday to enter the village of the victim of Hathras incident.

Police had set up barricades roughly 2km from the village on the main road early on Thursday, blocked off all access paths and deployed policemen on the mud tracks and in the fields to prevent any “outsiders” from accessing the village. Speaking to media, Sadar Sub Divisional Magistrate (SDM) Prem Prakash said, “According to SIT their probe in the village is complete or partially complete. The restrictions on media inside the village has now been lifted. More than five media persons are not allowed to gather as Section 144 of CrPC is in place.”

Only media is allowed right now. When orders come in to allow delegations, we will let everybody know. All allegations about phones of the family members being taken away or confining them in their homes are absolutely baseless,” the SDM clarified.

Since October 1 media were not allowed to go inside the village or meet the family members. Police personnel were also deployed at the entrance of Bulgaddhi village.

The 19-year-old Hathras victim died at Delhi’s Safdarjung hospital on September 29, a fortnight after allegedly being gang-raped. All the four accused in the incident have been arrested.