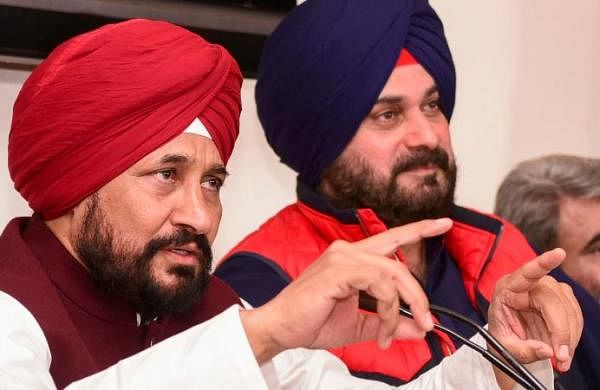 A sulking Sidhu had set removal of advocate general APS Deol as a precondition for the withdrawal of his resignation as Congress state unit chief.

On Monday, AICC Punjab affairs in-charge Harish Chaudhary had held a meeting with Channi and Sidhu, amid unease between the two leaders over some government appointments.

The meeting was held just a few hours after Sidhu called a press conference and questioned his party’s government in the state over the status of the investigation into the 2015 Kotkapura police firing incident.

During the meeting, it is learned that Sidhu had raised the issue of appointment of APS Deol and Iqbal Preet Singh Sahota as the state’s advocate general and officiating director general of police (DGP), respectively.

Last week, Sidhu had said he had withdrawn his resignation as the Punjab Congress chief but also put a precondition that he would resume the charge the day a new advocate general is appointed in place of Deol and a panel for the appointment of a new DGP comes from the UPSC.

Talking to reporters on Monday, cabinet minister Raj Kumar Verka said Channi and Sidhu held a meeting here and “whatever misunderstandings will soon be removed”.

Asked how differences between both leaders will end, Verka said Chaudhary had discussed issues with Channi and Sidhu separately and jointly.

“There were some issues and they have been sorted to a large extent today and whatever remaining issues will be resolved soon,” he said.

To a question on replacing the AG and DGP, he said, “You will get answers on all these things very soon.”

On November 2, Sidhu, Channi and Chaudhary had gone to Uttarakhand to offer prayers at the Himalaya shrine of Kedarnath.

The same day, they along with other senior leaders had held a meeting to discuss strategy for the upcoming Assembly elections. At that time, Sidhu had said that “all is well”.