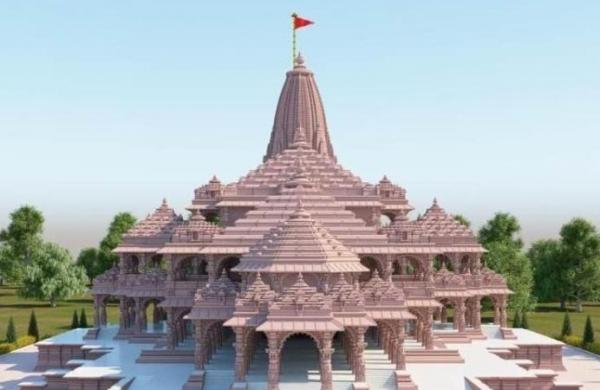 By ANI
SURAT: An amount of Rs 1,511 crore has been deposited in the account of Shri Ram Janmbhoomi Teerth Kshetra, the trust constituted to look after the construction and management of Ram Temple in Uttar Pradesh’s Ayodhya, said trust treasurer Swami Govind Dev Giri on Friday.

“For the construction of the grand Ram Mandir in Ayodhya, the whole nation is donating funds. We aim to reach 4 lakh villages and 11 crore families across the country during our donation drive. We are conducting the donation drive from January 15 and it will continue till Feb 27. I am here in Surat as part of the drive. People are contributing to the trust. After 492 years, people have got such an opportunity again to do something for the Dharma,” Giri told ANI.

“Till now, Rs 1,511 has been deposited in the account of Trust for the construction of Ram Mandir,” he added.

Shri Ram Janmbhoomi Teertha Kshetra Trust is conducting a mass contact and contribution campaign for the construction of the grand temple in Ayodhya, which began on January 15 and will go on till February 27.

On November 9, 2019, a five-judge of the Supreme Court bench led by then Chief Justice of India Ranjan Gogoi ruled in favour of Ram Lalla and said that the entire disputed land spread over 2.7 acres will be handed over to a trust formed by the government, which will monitor the construction of a Ram Temple at the site.

On August 5, 2020, Prime Minister Narendra Modi performed the bhoomi pujan for the construction of Ram Temple.