Shreyas Iyer admits – this is the toughest league, big thing to play final 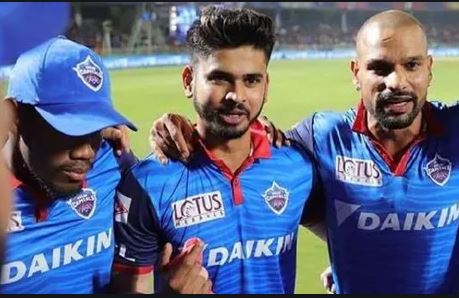 Delhi Capitals (DC) captain Shreyas Iyer said after the Indian Premier League (IPL) final loss to Mumbai Indians (MI) that he is proud of his team’s players as reaching the final is not a small achievement. The Delhi Capitals team reached the final for the first time and Iyer said, “We will come back stronger now and try to win the trophy.”

Iyer said after taking a check of Rs 12 crore 50 lakh from the second-placed team, ‘IPL always surprises you. This league is probably one of the most difficult leagues. The feeling of playing in this league is amazing. It has been a great journey. I am proud of my players, reaching the finals is no small feat. This is a great achievement. Winning the IPL is even bigger – it is one step ahead. ‘

He thanked his team’s fans who supported the team throughout the season. Praising coach Ricky Ponting, Iyer said, ‘I have mentioned many times, Ricky is probably the best I have worked with so far. The freedom he gives, is fantastic. I like being with them. He is a confident coach, I respect him a lot. The way he meets and inspires the players is fantastic. ‘