Short distance trains can run from next month 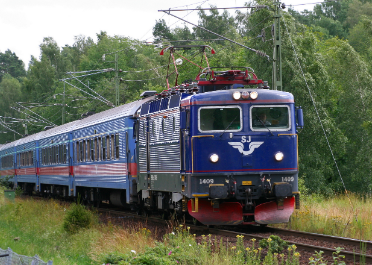 Travel will be easier from next month due to increase in some more trains, but will also have to loosen pockets. Preparations have been made to levy usage charges for station development at major stations of the country. Different classes of passengers will have to pay different fees. It is expected to be between Rs 10 and Rs 35. Meanwhile, the Railways is preparing to start some short distance trains which will run between different railway zones.

Public and private participation in Indian Railways has started the process of development of major railway stations. It will gradually increase the number of stations. Recently, Chairman and CEO of the Railway Board, Vinod Kumar Yadav had said that there are 7,000 railway stations in the country and 10 to 15 percent of the station will be charged usage charges. In this way, this number will be between 700 and 1,000 stations. Although the development of all these will not start yet, the usage charges will start.

According to sources, the railway can keep it between Rs 10 and 35. Different categories of chaircar, sleeper and air-conditioned passengers will be charged differently. Since all trains are reserved, this fee will be charged along with the ticket. For this, the Railways may soon put a proposal before the Union Cabinet.

On the other hand, Railways is preparing to run some more trains. According to sources, in view of the increasing number of short distance passengers, the Railways is preparing to start some trains from next month. Since more people are expected to travel during the festive season and waiting list is getting longer in the trains running. Even a limited number of cloned trains will not be able to meet the pressure of the passengers in the coming days.

In fact, in the Corona era, railways have introduced limited rail services. Regular rail service will take a long time and it is unlikely to start this year. According to the number and needs of passengers, the railway is running special trains, which are all reserved. However, most are the same trains that were previously part of the regular rail passenger service.