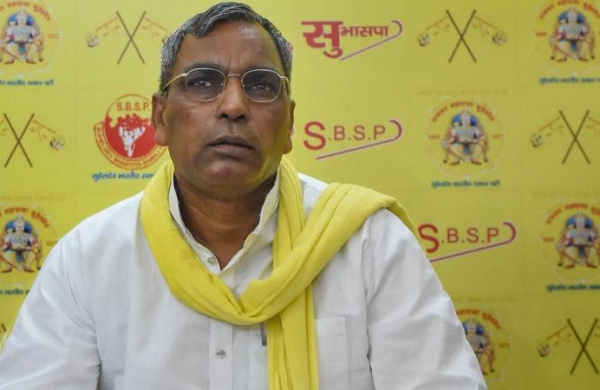 By PTI
BALLIA: Former Uttar Pradesh minister and president of Suheldev Bharatiya Samaj Party (SBSP) Om Prakash Rajbhar on Monday claimed that Shivpal Yadav, who heads the Pragatisheel Samajwadi Party-Lohia, will soon be a part of the Bhagidari Sankalp Morcha.

However, Rajbhar’s claims were dismissed by PSP-L, which said the final decision in this regard will be taken by its chief Shivpal Yadav.

The Morcha is a front of like-minded political parties led by Om Prakash Rajbhar, a former BJP ally.

“Two days ago, I met Shivpal Yadav in Lucknow and he is ready to be a part of the Bhagidari Sankalp Morcha,” Rajbhar told PTI on Monday.

On whether Yadav will forge ties with the Samajwadi Party, he claimed, “Shivpal Yadav will not go with the SP. They are not giving importance to him.”

Shivpal Yadav had formed PSP (Lohia) in October, 2018, after parting ways with the Samajwadi Party over differences with his nephew and former UP chief minister Akhilesh Yadav.

When asked to elaborate on the conversation between Yadav and Owaisi, the SBSP chief claimed, “Shivpal Yadav will meet Owaisi in Delhi on February 10.

After this meeting, Yadav will join the Bhagidari Sankalp Morcha.

” Meanwhile, dismissing the claims made by Rajbhar, PSP-L chief spokesperson Deepak Mishra told PTI in Lucknow, “Party chief Shivpal Yadav will take a decision as to with which party the PSP-L will forge an alliance or in which front it will join. Any claims made earlier to it will be wrong.”

“As far as speaking to Owaisi is concerned, the claims are totally baseless. Shivpal is competent enough to speak to anyone. Hence, he does not need any medium for this.”

In December last year, Owaisi announced his party’s intention to fight the next Assembly elections in Uttar Pradesh as part of a front led by Om Prakash Rajbhar.