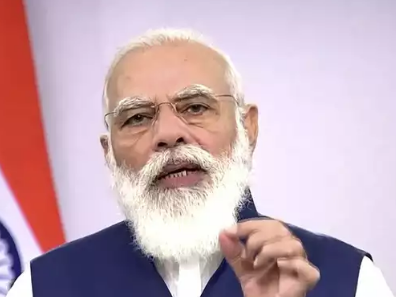 A sarcastic editorial in Shiv Sena mouthpiece Saamana said that Prime Minister Narendra Modi’s address to the nation on Tuesday was the best in the last seven-eight months. It said that the prime minister spoke like a “concerned guardian” and the address was on a “spiritual level”. It further added that Modi had a “radiant glow” on his face which would take away all the nation’s problems. The seven-eight minutes that he spoke about corona was the best address in the last seven-eight months…Modi’s speech was that of a concerned guardian… He came, he spoke. White beard, radiant face. This radiance will remove the darkness of challenges we are facing,” the editorial published on Thursday said. The editorial added that Prime Minister Modi did not speak on unemployment, when everybody expected him to. “Prime Minister said that financial turnover is increasing. But he did not speak on how he would control the demon of unemployment that has gripped the nation after coronavirus outbreak. It was expected that the PM would make a statement on that, but Modi escaped it,” editorial said.