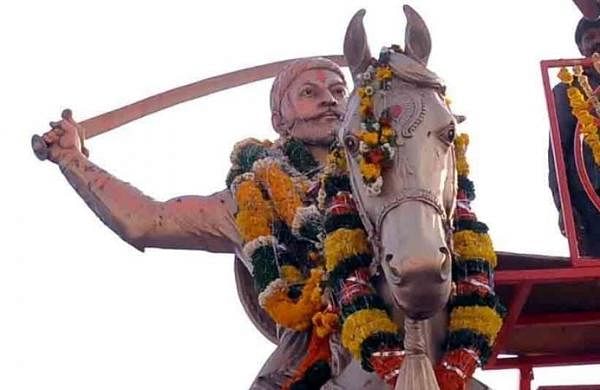 PUNE: A group of Shiv Sena leaders in Pune on Sunday met Union Home Minister Amit Shah here and sought sedition charges be invoked against those responsible for the alleged desecration of a statue of Chhatrapati Shivaji Maharaj in Bengaluru.

The delegation led by Sena’s city unit president Sanjay More handed over a memorandum to Shah in the evening during the latter’s visit to the city, where he attended several programmes.

“We met Amitji today and handed over a memorandum seeking to register an offence under the charges of sedition against those who are responsible for the incident that took place in Bengaluru,” said More.

He added that they also demanded to rein in Karnataka Chief Minister Basavaraj Bommai for his remarks, in which he allegedly dubbed the incident as “trifle”.

The Sena delegation pointed out that it was quite ironic that while Shah was in Pune to lay the foundation of the Chhatrapati Shivaji Maharaj statue, a condemnable act has happened in the neighbouring state.

“In the letter, we stated that such acts are happening in Karnataka repeatedly and it should be stopped somewhere and such tendencies should be nipped in the bud,” he said.

Tension had prevailed in Belagavi bordering Maharashtra on Saturday after alleged activists of the Maharashtra Ekikaran Samiti vandalised a statue of Kannada freedom fighter Sangolli Rayanna, following news that a statue of Chhatrapati Shivaji Maharaj was desecrated in Bengaluru.