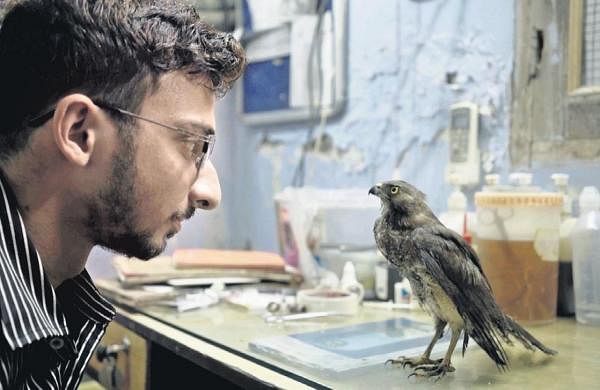 NEW DELHI: Director Shaunak Sen, whose documentary “All That Breathes” is set to screen at the Cannes Film Festival, says it is a proud moment for him that the documentary has been acquired by HBO.

The documentary, which won the World Cinema Grand Jury Prize at the 2022 Sundance Film Festival and is set to screen in the Special Screening segment at Cannes, will be released in the US later this year by Submarine Deluxe, in association with Sideshow.

After its theatrical run in the US, the 90-minute-long film will debut on HBO and streaming service HBO Max in 2023, according to Variety.

“All That Breathes” follows two siblings, Mohammad Saud and Nadeem Shehzad, who have devoted their lives to rescuing and treating injured birds, especially the Black Kites.

Working out of their derelict basement in Wazirabad, the Delhi brothers are the central focus of the film and their story zooms out to document a larger snapshot of the city, where the air is toxic and the ground is on a slowburn of social turmoil.

“The astonishing story of Saud and Nadeem, and their relationship with the majestic raptor called the black kite,’ took us three years to shape. Over time, the story became symptomatic of both Delhi’s ecological and social malaise, while also giving glimpses of a rare resilience,” Sen said.

The filmmaker, who is an alumnus of Jamia Millia Islamia University and Jawaharlal Nehru University (JNU), said he is thrilled that his film has joined the HBO roster, which is filled with high-quality cinematic programming.

“Most of us in the crew in India have grown up associating the unmistakable white noise of the HBO logo with high-quality cinematic programming. We’re thrilled to join their roster and to work with Sideshow and Submarine Deluxe to bring this story to a global audience,” he added.

Dan Braun of Submarine Deluxe hailed “All That Breathes” as “one of the great discoveries of the year”.

“Filled with humorous and heartbreaking moments in equal measure, ‘All That Breathes’ is a stunning achievement and announces Shaunak Sen as a major voice in cinema today. We are proud to partner with HBO Documentary Films to bring the film to the public,” Braun said.

The film is produced by Sen, Aman Mann and Teddy Leifer with David Guy Elisco and Sean B Carroll serving as executive producers.