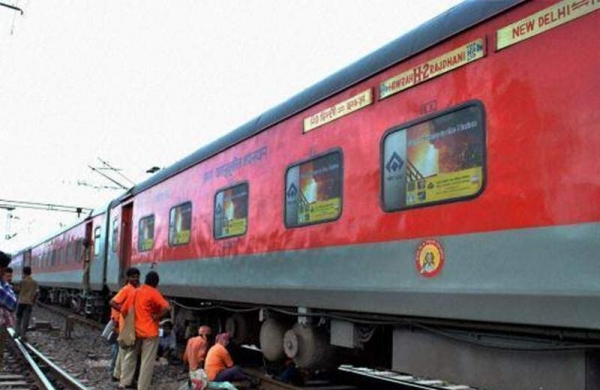 By PTI
NEW DELHI: The railways is set to get cracking against those found smoking in trains and is mulling severe penalties, even arrest, for damaging public property after an initial probe in the recent fire in a coach of the Shatabdi Express, a senior official said on Saturday.

Officials in the know said that the initial report has found that cigarette or bidi butts were thrown into the dustbin of one of the toilets which were filled with soiled tissue paper.

This led to a fire in the S5 coach of the New Delhi-Dehradun Shatabdi Special.

The incident happened on March 13 near Raiwala in Uttarakhand.

Section 167 of the Railways Act specifies that anyone found smoking in a compartment despite prohibition or objection from a co-passenger is liable for a fine of up to Rs 100.

“The railways will crackdown on smoking in trains. The fire most likely started in one of the toilets and initial investigations revealed that the fire was in all probability caused by simmering cigarettes/ beedi thrown in the dustbin. The continuous air flow in a fast moving train would have fanned it.”

“We are contemplating severe penalties. In some cases, even arrests can be made for causing damage to public railway property and risking the lives of others to deter irresponsible and errant persons,” a senior officer said.

The official refused to come on record as the investigation into the incident is still underway.

The fire, the officer said was so damaging that the interior of the toilet was completely charred and the floor was cracked.

Officers said that a passenger has also provided a written statement to the four- member probe team stating that the smoke detector in coach went off when the fire started.

“A bigger tragedy was averted by the swift response of the train crew as the coach was detached soon.”

“But we can’t let the guard down. So much effort has been made to prevent such incidents. Irresponsible passengers can not be allowed to risk the lives of others,” DJ Narain, Spokesperson, Railways, said.