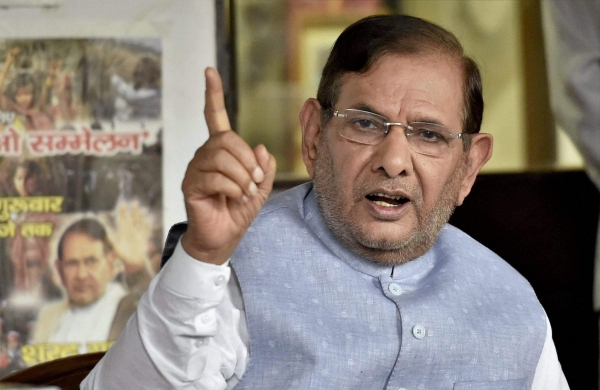 By PTI
NEW DELHI: A close associate of Loktantrik Janata Dal patron Sharad Yadav has resigned from the party.

Arun Srivastava, the party’s general secretary who had been a confidant of Yadav for decades, said on Wednesday that the Loktantrik Janata Dal is fading away, and the decision of its patron’s daughter to fight the recent Bihar assembly polls on a Congress ticket has raised a question mark over its existence.

Yadav has not been politically active for months due to health reasons.

His daughter Subhashini Raj Rao had contested the assembly polls as a Congress candidate.

Srivastava is likely to join the Nationalist Congress Party.