Shakira to head new dance competition series ‘Dancing With Myself’

Dancing with Myself, Shakira 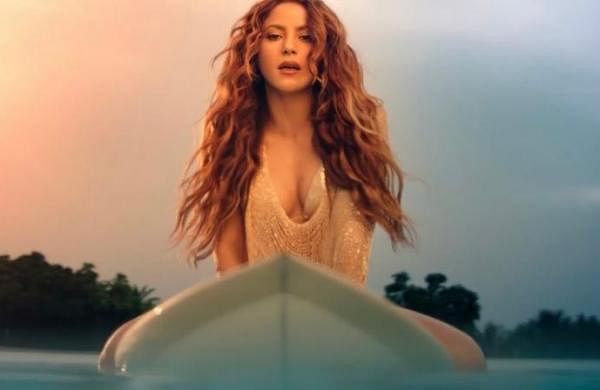 WASHINGTON: Colombian singer-songwriter Shakira has partnered with NBC to head a new dance challenge series titled ‘Dancing with Myself’.

According to Variety, inspired by Shakira’s own passion for dance, ‘Dancing with Myself’ will be a family-friendly competition that aims to bring out the performer in people.

Every week a new group of dancers of all ages will compete in a series of dance challenges that are designed and demonstrated by the show’s celebrity creators, including Shakira.

Isolated in their own pods, contestants will have a limited amount of time to learn the routines as well as add their own unique flair. They will then be given the chance to perform the dance in front of a live audience.

As each round of the competition progresses, Shakira and her panel of judges will provide feedback and encouragement, leaving the audience with the decision of who wins Best Dancer of the Night to take home the cash prize.

“I’m excited to be a part of a dance competition that places such a high value on creative movement and how it translates into personal expression, not to mention how it contributes to a sense of community,” Shakira said.

She further added, “I’ve personally been blown away by some of the talents I’ve seen thanks to people having access to their own platforms through social media. Dance has been an incredibly potent force throughout my life, and I’m eager to show the world how transformative, empowering and fun it can be.”

As per Variety, Universal Television Alternative Studio and Irwin Entertainment are on board to produce the series. John Irwin, Dave Kuba, Eli Frankel and Ben Thursby-Palmer will executive produce, along with Jaime Levine and Shakira. ‘Dancing with Myself’ has been licensed by NBCUniversal Formats.