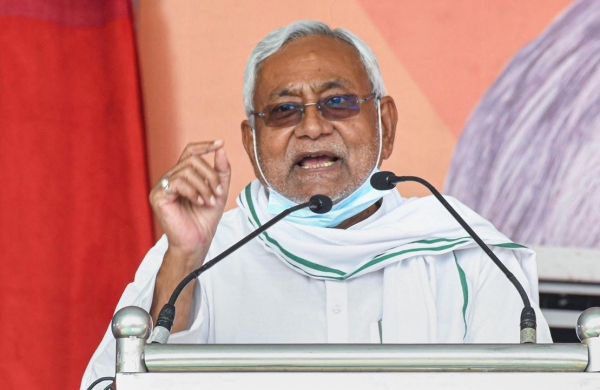 Express News Service
PATNA: Senior BJP leader and recently elected unopposed to the Bihar legislative council Shahnawaz Hussain is expected to be inducted in the Nitish Kumar-led NDA ministry’s expansion due in the next few days.

Hussain is likely to get either Home or Finance ministry. Nitish Kumar has held these posts since 2005. The BJP has staked its claim on the ministries and a disagreement with the JD-U over it was stated to be the cause behind the delay in the cabinet expansion.

The Home department is considered the second most important wing because of its vast administrative powers, including those involving bureaucratic reshuffles.

Sources said the BJP is learnt to have finalised a list of its prospective candidates. The Cabinet expansion is slated to be on the basis of equal number of ministerial berths between the alliance partners.

However, JD-U sources say the ‘Luv-Kush’ equation could be followed by JD-U, which strongly indicates the return of Upendra Kushwaha-led RLSP. JD-U’s senior leaders are in talks with Kushwaha for an alliance or his party’s merger with the JD-U.

Speculation over Kushwaha intensified on Wednesday when former JD-U state chief Bashistha Narayan Singh told the media that talks were on over RLSP’s merger. However, RLSP termed it as a rumour.