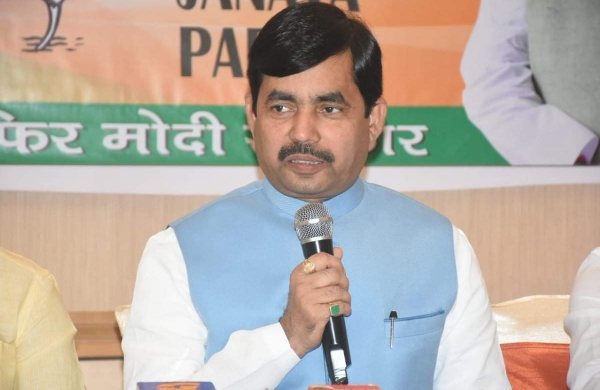 He later told the media that he would be discharging whatever responsibility would be given to him by the party.

Reliable sources in BJP said that Shahnawaz Hussian would be the first Muslim face from BJP in the Bihar cabinet, in a clear message to the minority community that BJP does not have an aversion or overlook the community in the government. Speculation is also rife that Shahanwaz Hussian can get a place in the state cabinet expansion as minister of any prominent department.

“He may be tasked to make the party base stronger in minority-dominated Seemanchal areas where the AIMIM has won the five seats in 2020 Assembly elections”, said a BJP source.

Political circle abuzz with talks that the BJP’s decision to introduce Syed Shahnawaz Hussain, a two-time MP and a former Union minister, in Bihar’s politics will counter the old traditional Muslim-Yadav equation of RJD.

Shahnawaz’s entry is being considered as a big bet of BJP as he carries a deep experience of active politics in centre for more than two decades, according to political analyst Dr RK Verma.

The BJP seems to have played a major political game first by bringing a Muslim face, and giving a message that the BJP has never been against Muslims in politics. “This kind of move can also balance the move of CM Nitish Kumar and the growing influence of AIMIM leader Asaduddin Owaisi in Bihar”, Verma said.

Shahnawaz Hussain had first reached Parliament from Kishanganj, a minority-dominated area of Seemanchal, and then from Bhagalpur which too has a considerable minority population.