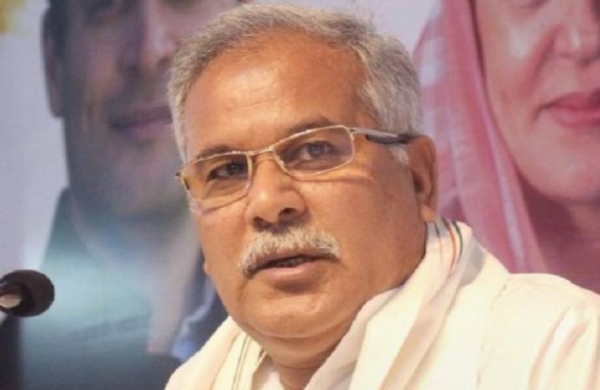 By PTI
NEW DELHI: The Supreme Court Thursday impleaded Chhattisgarh government as party in the CBI plea seeking transfer of trial in the alleged sex CD case, in which Chief Minister Bhupesh Baghel is an accused, outside the state.

A bench of Justices Ashok Bhushan and R S Reddy allowed the application filed by co-accused Kailash Murarka saying that since several allegations have been made against the Chhattisgarh government, it will be appropriate if it is impleaded as a party in the case.

During the hearing, Solicitor General Tushar Mehta, appearing for CBI, said he has no objection if the state is made party in the case.

Senior advocate AM Singhvi and advocate Sumeer Sodhi, appearing for the state government, accepted the notice for impleadment in the matter.

Senior advocate ANS Nadkarni, appearing for Murarka, said they want Chhattisgarh government to be impleaded as party because there are several allegations against it and it would be better if the state replies to those averments.

The bench allowed the application of impleadment and posted the matter for further hearing on March 5.

On January 18, the CBI had alleged in the top court that some of the witnesses in the case are being threatened and one of the accused is an influential person, the Chief Minister of the state.

CBI had said that some of the witnesses are from Delhi, some from Bombay and some from other places and it would be better the case is transferred to one place outside the state.

The top court had also taken up a plea filed by one Rasjeet Singh Khanuja, who claimed to be a witness in the CBI case, and said that he has been booked by the state government in some other case related to abetment to suicide.

He also sought transfer of his case pertaining to abetment to suicide to the CBI.

The state had opposed the plea of Khanuja and said that his plea filed under Article 32 of the Constitution needs to be dismissed.

On October 21, 2019, the top court had stayed the criminal trial in the alleged sex CD case involving Baghel as an accused and sought his response on CBI’s plea to transfer the matter out of the state.

The CBI has contended that it was seeking transfer of the case out of Chhattisgarh as two prosecution witnesses have complained to the probe agency that they have been threatened.

It has said that for the sake of fair trial, the CBI has filed the plea seeking transfer of the case out of the state as the accused is now the Chief Minister and there are chances of the witnesses getting coerced.

The CBI had registered a case in 2017 against Baghel, then Chhattisgarh Congress president, on a complaint that he had allegedly tried to frame the then state PWD minister and BJP leader Rajesh Munat in the fake sex CD case.

Munat, the then Chhattisgarh PWD Minister in the Raman Singh cabinet and a BJP leader, had filed a complaint against Baghel and senior journalist Vinod Verma for allegedly tarnishing his image through a “fake” sex CD.

In 2017, Chhattisgarh police had swooped down on journalist Verma’s house in Ghaziabad and had picked him up for conspiring with Baghel to allegedly tarnish the image of the BJP leader.

The then state BJP government had transferred the case to the CBI which has filed the charge-sheet in the case.