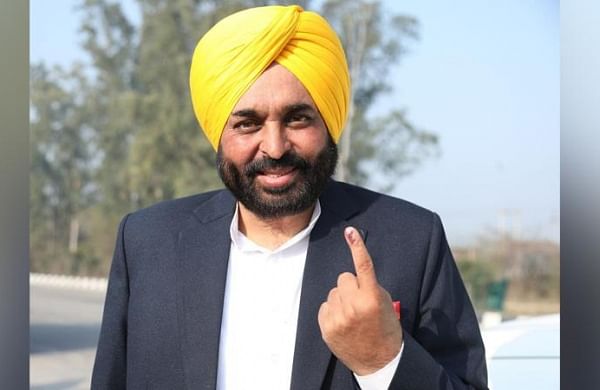 The Aam Aadmi Party was leading in 89 out of total 117 assembly seats in Punjab.

Ahead of the assembly polls, several leaders had switched sides.

Former sports minister Sodhi had quit the Congress and joined the Bharatiya Janata Party and contested from Ferozepur City seat.

Sodhi, a four-time MLA from Guruharsahai in Ferozepur, was trailing from Ferozepur seat, the trends showed.

Former Congress leader Bajwa, who had joined the BJP, and fought from Batala seat was trailing.

Aam Aadmi Party candidate Amansher Singh is leading from Batala seat over his nearest rival and Congress candidate Ashwani Sekhri, according to trends.

Fateh Jang Bajwa was a sitting legislator from Qadian seat from where the Congress fielded his elder brother and Rajya Sabha member Partap Singh Bajwa.

Joshi had remained legislator from the Amritsar North seat in 2007 and 2012 on the BJP ticket.

He faced defeat in the 2017 Assembly polls.

Former Congress leader Harjot Kamal, who too had joined the BJP, fought from Moga assembly seat.

Kamal left the Congress after the party denied him the ticket from Moga.

Former Punjab minister and three-time MLA Joginder Singh Mann, who joined the AAP after snapping his 50-year-old ties with the Congress, fought from Phagwara seat.

Sukhjinder Raj Singh Lali Majithia, who joined the AAP after leaving the Congress, tried his luck from Majitha assembly segment.

Raman Bahl, who left the Congress last year and joined the AAP, fought from Gurdaspur seat.

Chief Minister Charanjit Singh Channi and most of his Council of Ministers were trailing in their respective constituencies, as per the trends at 12 pm.

Chief Minister Charanjit Singh Channi, who contested from two constituencies, Chamkaur Sahib in Rupnagar district and Bhadaur seat in Barnala, is trailing in both as the Aam Aadmi Party (AAP) candidates are leading the race.

Channi is the sitting MLA from Chamkaur Sahib.

Most of Channi’s ministers, who had succeeded Amarinder Singh after his unceremonious exit as the chief minister in September last year, were also trailing.

Razia Sultana was behind her nearest AAP rival Mohammed Jamil-ur-Rahman from Malerkotla seat.

As per the trends at 12:15 pm, the Aam Aadmi Party appeared to be heading for a clean sweep in Punjab, having taken a lead in 90 of the 117-Assembly seats.