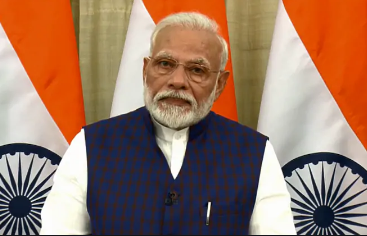 Prime Minister Narendra Modi on Monday highlighted that the Central government has established a number of higher education institutes, including IITs, IIMS, IIITs and AIIMS across the country.

“A total of seven new IIMs have been established in the last five to six years. Before this, there were only 13 IIMs in the country. Similarly, for seven decades only seven All India Institute Of Medical Science (AIIMS) were serving the country. After the year 2014, more than double i,e, 15 AIIMS have been established in the country or are in the process of starting,” the Prime Minister said, while virtually addressing the centenary convocation of the University of Mysore.

He said that there were 16 Indian Institutes of Technology (IITs) in the country till 2014, even after so many years of independence.

“In the last 6 years, on average, a new IIT has been opened every year. One of these is also open in Dharwad, Karnataka. As of 2014, there were 9 IIITs in India. In the subsequent 5 years, 16 Indian Institutes of Information Technology (IIITs) have been established,” he added.

Prime Minister Modi further said that a lot of focus has been put into the development of infrastructure and structural reforms in higher education.

“In the last 5-6 years, we have continuously tried to help our students to go forward in the 21st century by changing our education system. Efforts in higher education aimed not only towards opening new institutes but also to ensure governance reforms and gender, social participation. At every level of education, the gross enrolment ratio of girls is higher than boys across the country. Even in higher education, and in relation to innovation and technology, the participation of girls has increased,” he said.