Seven properties bought by outsiders in Jammu and Kashmir, all in Jammu region: Centre 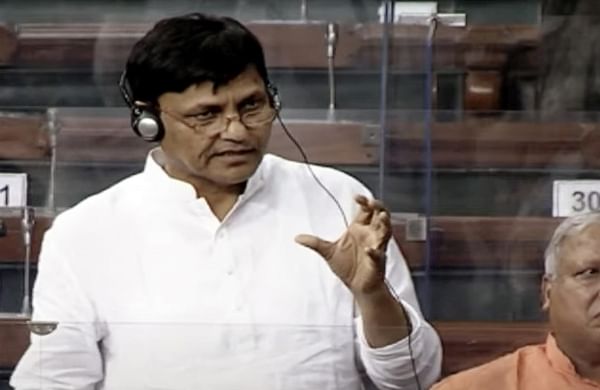 NEW DELHI: Seven plots of land have been bought by outsiders in Jammu and Kashmir in the last one year ever since the central government brought new land laws for J&K where earlier land could only be purchased by residents of the region, the Union Ministry of Home Affairs informed Parliament on Wednesday.

Replying to a question in the Rajya Sabha by CPI (Marxist) leader Jharna Das on the issue, Union Minister of State for Home Affairs Nityanand Rai elaborated that all the seven plots of land bought by people from outside J&K are located in Jammu and no such purchase has been made in the Kashmir Valley.

Rai was responding to a question by Congress MP KC Venugopal who further asked whether civilian killings are increasing insecurity among outsiders in Jammu and Kashmir and also sought to know the steps taken by the government to ensure safety and security of people in J&K. To this, Rai said, “Notwithstanding attempts by terrorists to target some civilians, a large number of migrant workers continued to stay on in the Kashmir Valley and left as usual upon the onset of the harsh winter. Also, a large number of tourists have visited Jammu and Kashmir during the last few months.”

The junior home minister told the Lower House that the government has taken several steps to ensure safety and security of civilians including those from outside Jammu and Kashmir.

Citing measures taken by the government in this direction, Rai said a robust security and intelligence grid is in place; day and night area domination, patrolling and proactive operations against terrorists are being carried out in J&K. Besides, round the clock checking at Nakas and Road Opening Parties have been adequately augmented at strategic points to thwart any terrorist attack in Jammu and Kashmir, Rai added. On Wednesday, Rai also responded to questions on restoration of statehood to the Union territories of Jammu and Kashmir and Ladakh. “Statehood to Jammu and Kashmir would be granted at an appropriate time,” the minister said. When asked by Congress MP Vivek Tankha whether there is a timeline to hold the state elections in the Union Territories of Jammu & Kashmir and Ladakh, Rai said, “The decision to schedule elections is the prerogative of the Election Commission of India.”

Earlier this year in August, the Centre had told Parliament that two people from outside Jammu and Kashmir have bought property in the region since August 2019.

In October last year, the central government notified new land rules allowing any Indian citizen to purchase non-agricultural land in the Union territory. The new land laws for Jammu and Kashmir followed the August 2019 decision of the government to bifurcate the erstwhile state into two Union territories and revoke Article 370 which granted special rights to J&K.