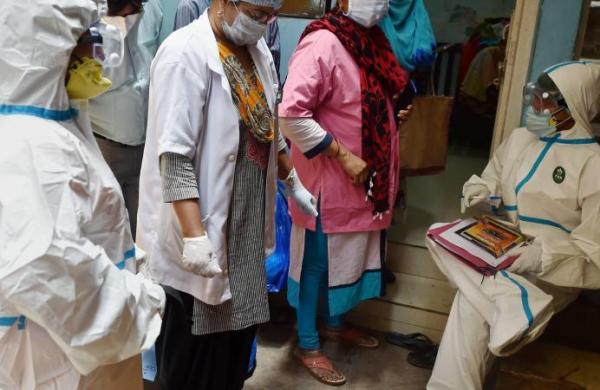 Express News Service
NEW DELHI: The results of the fourth national serosurvey by the ICMR have shown that nearly 79% of samples from Madhya Pradesh had antibodies against coronavirus, while the seroprevalence, at about 44%, was the lowest in Kerala.

The Centre last week had already announced, based on the findings that on average nearly 68% or two in every three Indians, now had antibodies against SARSCoV2 and the seropositivity was comparable across most age groups, but the state-specific data was not released.

Now, the Union Health Ministry has asked states to carry out state-level surveys in order to generate district-specific data, with the help of ICMR, that can be used for guiding public health response to the pandemic.

The data shared on Wednesday showed that there are nine states which showed a seropositivity rate of over 70%. They are Madhya Pradesh, Rajasthan, Bihar, Gujarat, Chhattisgarh, Uttarakhand, Uttar Pradesh and Andhra Pradesh.

Maharashtra, Assam, and Kerala on the other hand had the lowest seropositivity rates with Kerala showing, at 44.4%, even less than 50% of people with antibodies against the virus, which may offer an explanation in the continued high cases being recorded in the state every day.

The serosurvey by the ICMR had been conducted in the last 10 days of June and the first week of July in 70 districts across 22 states — the same districts where the first three rounds of this exercise had been carried out earlier.

Meanwhile, the letter by Union Health Secretary Rajesh Bhushan states said that ICMR’s consultation in conducting the serosurveillance exercise will help them follow a standardized protocol.

The findings of such studies can then be utilized quickly by the respective states to guide objective, transparent, and evidence-based public health responses to Covid, it added.

The government stressed that the national serosurvey by the ICMR was designed to capture the extent of the spread of Covid infection at the national level.

“Therefore, the national serosurvey results do not reflect the heterogeneity of seroprevalence between districts and even between states,” it maintained.