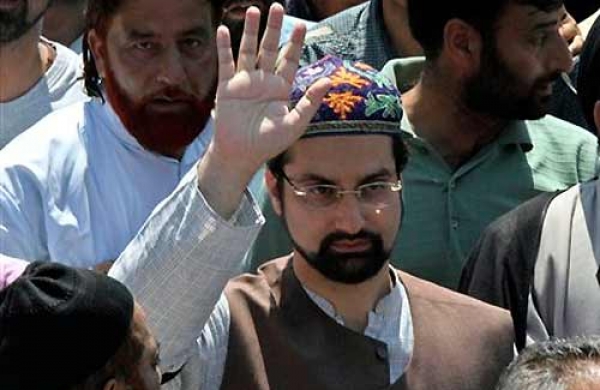 Express News Service
SRINAGAR: Senior separatist leader and cleric Mirwaiz Umar Farooq continues to be under house detention since August 5, 2019, and restrictions on his movement have not been lifted by the authorities, Hurriyat spokesman said.

The authorities had yesterday conveyed to Mirwaiz that restriction on his movement has been lifted and he was a free man.

The Hurriyat spokesman informed that police officials visited Mirwaiz’s residence last night to convey that he will continue to be under house arrest and will not be allowed to visit the Jama Masjid to offer Friday prayers or address the congregation there.

Additional forces have been deployed outside Mirwaiz’s Nageen residence in Srinagar and the area has been converted into a garrison.

Mirwaiz, who leads the moderate faction of separatist conglomerate Hurriyat Conference,  has been under detention since August 5, 2019, when the BJP-led central government scrapped Articles 370 and 35A, which granted special status and special privileges to J&K residents and bifurcated J&K state into two Union Territories (UTs).

After Article 370 revocation, Mirwaiz was briefly detained and lodged at a government guest house but a week later was shifted back to his Nageen residence, where he has been under house arrest since then.

Mirwaiz has also not been allowed to offer Friday prayers in a mosque. Prior to his detention, he had been giving Friday sermons at historic Jamia Masjid in downtown Srinagar, which is his stronghold.

The Hurriyat spokesman said the decision to continue Mirwaiz’s house detention has hurt the sentiments of people as they were eagerly awaiting his release from arbitrary house arrest.