Senior scribe moves SC, seeks direction to Centre to disclose information on use of Pegasus spyware 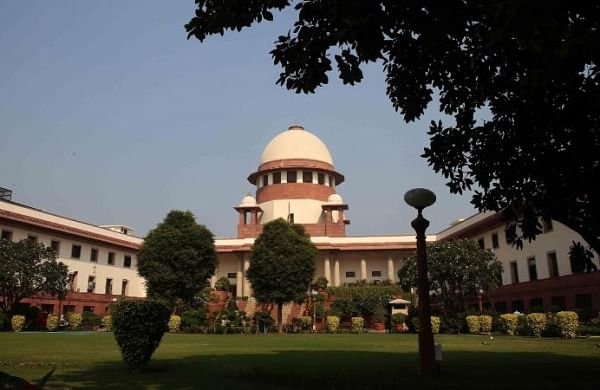 By PTI
NEW DELHI: A senior journalist, whose name featured in the reported list of those who were targets of snooping using Pegasus, has moved the Supreme Court seeking directions to the Centre to disclose materials with respect to investigation and authorisation pertaining to alleged use of Israeli spyware on his mobile.

Paranjoy Guha Thakurta, who said existence of Pegasus will have a “tremendous chilling effect” on the right to free speech in India, has urged the apex court to declare that use of malware or spyware is illegal and unconstitutional.

He has also sought a direction to the Centre to take suitable steps to protect Indian citizens from the use of cyber-weapons or malware such as Pegasus.

A bench headed by Chief Justice N V Ramana is scheduled to hear on August 5 three separate pleas, including the one filed by senior journalists N Ram and Sashi Kumar who have sought an independent probe by a sitting or a retired judge into the alleged Pegasus snooping matter.

In his plea, Thakurta has sought the apex court direction to the Centre to put in place a judicial oversight mechanism to deal with any complaints on illegal breaches of privacy and hacking and punish the officials responsible for such breaches.

“The present case deals with certain disclosures arising out of the use of the Israeli malware ‘Pegasus’, according to which detailed surveillance activities have been carried out with respect to data stored on the petitioner’s mobile (smart phone), which was infected, infiltrated, and hacked by the said Pegasus malware,” it said.

It said when the information pertaining to Pegasus having been used to target the devices of several Indian citizens came to be reported in public domain, the authorities did not categorically state whether they had deployed the malware to carry out the activities of hacking and surveillance.

It alleged the petitioner has strong reasons to believe that he has been subjected to a deeply intrusive surveillance and hacking by the Government of India or some other third party.

“Consequently, he perceives that his rights to privacy, the access to information and his freedom as a journalist have been violated,” it said.

It said this breach of fundamental rights of the petitioner poses a grave threat to the freedom of speech and expression and also to the existence of a free press which is the cornerstone of our democracy.

The plea, while raising issue of violation of right to privacy, said those who have hacked his device have obtained access not only to the private and intimate details of his personal life but also gained access to who his confidential sources have been and what information they have provided him.

“Consequently, the petitioner apprehends some of these sources will suffer adverse consequences as a result of the breach of the petitioner’s fundamental rights and that the existence of the Pegasus software will have a tremendous chilling effect on the right to free speech in India,” it said.

It said hacking through technologies such as Pegasus, is not merely illegal but an affront to the invaluable fundamental rights of the petitioner.

The plea said that constant surveillance upon journalists and reporters violates that right under Article 19(1)(a) and impinges upon the freedom that the press needs in order to provide impartial and unbiased coverage.