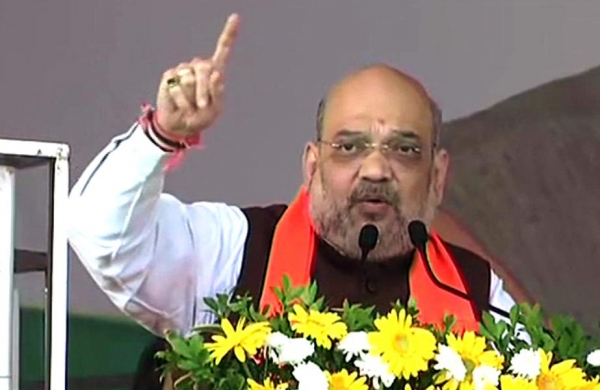 Inaugurating a new App titled Modi Para (Modi locality), Shah set up a target of 2 crore people and asked the party workers to include them in cyber activities. He also directed the workers to divide the saffron camp’s cyber soldiers in Bengal into four groups to carry out activities of preparing content, spreading it on social media platforms, analyzing the content politically, and study people’s reactions.

While addressing the social media workers, Shah said, “You will have to take the Centre’s projects and BJP’s ideology to the booth level. Keep yourself busy carrying out this task, instead of chitchatting with your friends on WhatsApp. Build up such a strong network on WhatsApp so that you can circulate 50 lakh messages in an hour.”

The saffron camp’s Bengal unit has been doing an aggressive campaign on social media platforms. On several occasions in the recent past, CM Mamata Banerjee accused the BJP of using its social media network to circulate fake contents which include video clippings.

Shah, in his speech, made it clear that the party’s cyber foot-soldiers would have to play key roles to secure the party’s goal of bagging more than 200 Assembly seats out of 294. “After the BJP comes to power in Bengal, political analysts might highlight the failure and lapses of Mamata Banerjee’s government. But I want the hard work of our cyber soldiers to emerge as the main reason behind the party’s victory. I want your names to be written in the history,” Shah said.

Citing BJP’s success in the Uttar Pradesh election, Shah said two WhatsApp groups comprising 35 lakh and 18 lakh members respectively were set up which played a crucial role to win the battle. “You will have to reach booth-levels. Follow Twitter handles of national leaders and circulate their contents in WhatsApp groups. Content has to be based on three categories — Centre’s projects, opposing political violence, and demands of local people. Don’t depend on news channels. You will have to enter in people’s minds,” Shah said.